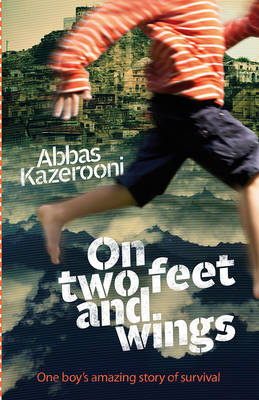 On Two Feet and Wings

One Boy's Amazing Story of Survival

Description - On Two Feet and Wings by Abbas Kazerooni

I was not aware that I was crying until I saw the tears hit my shoes. Even with all the lights at the airport, the night outside looked dark and the air seemed thick. I wiped my eyes and tried to figure out what I could do. I was alone in a foreign land at the age of nine, and I did not speak the language. I was, quite simply, terrified.

Close to his tenth birthday, Abbas has to leave his parents and friends to escape Tehran. The Iran-Iraq War is at its bloodiest. The ayatollahs, the rulers of Iran, have reduced the age of recruitment into the army. If Abbas doesn't leave soon, he will have to go to war.

In the strange and often frightening city of Istanbul, Abbas has to grow up fast. Living alone for twelve weeks in a rundown hotel, he has to learn to live by his wits, and watch his back. Will he ever get his dream visa to England?

This page-turning story about the courage of one small boy, based on true events, is as gripping as any novel.

'This is - all at once - history, Iran, Tehran and the view from the boyhood bedroom, the ancient formula of happiness when all else is past. Kazerooni's prose is elegant and his narrative tightly woven.It is a story that is deeply moving, its piquancy enhanced by the sombre thought that all the episodes of survival against such odds are based on the truth.' Telegraph, Calcutta, India


Other Editions - On Two Feet and Wings by Abbas Kazerooni 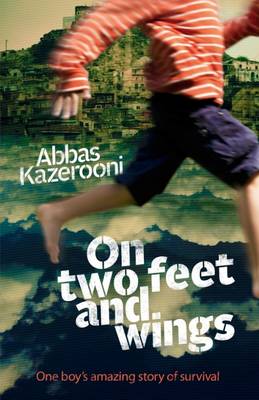 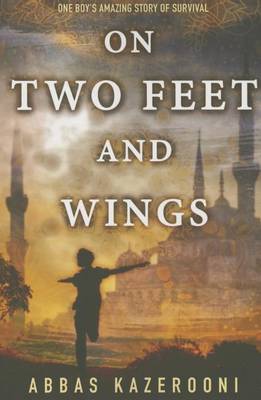 Book Reviews - On Two Feet and Wings by Abbas Kazerooni

» Have you read this book? We'd like to know what you think about it - write a review about On Two Feet and Wings book by Abbas Kazerooni and you'll earn 50c in Boomerang Bucks loyalty dollars (you must be a Boomerang Books Account Holder - it's free to sign up and there are great benefits!)

Abbas Kazerooni is a lawyer in California, USA. He is also a professional actor, writer and producer. Shows he has acted in include Sleuth on the London stage (lead role); the BBC's The Land of the Green Ginger (lead role); HBO's The Hamburg Cell; and the independent feature film Universal Senses. On Two Feet and Wings is his first book.