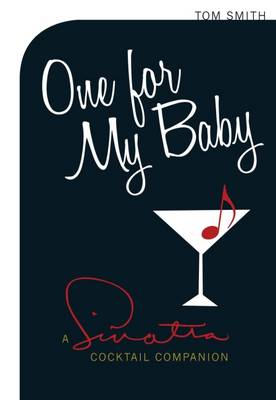 One for My Baby

Description - One for My Baby by Tom Smith

One For My Baby is the story of Frank Sinatra with a twist - combined with cocktail recipes. The book introduces us to his life and art seen from an unconventional point of view - Ol' Blue Eyes' prodigious appetite for alcohol. Considering his life and times through his drinking is obviously a conceit, but hardly the most fanciful of conceits: there are more than enough stories, legends, anecdotes and facts to be able to make a compelling case that his drinking was an integral part of his character, his lifestyle and (by extension) his creative output.

This book further distinguishes itself through functioning as a practical cocktail manual, containing over thirty detailed recipes for preparing and presenting fancy drinks he was known to enjoy himself; as well as providing information on some of Sinatra's own personal drinking lore and some of the traditions he followed or inspired.

Buy One for My Baby by Tom Smith from Australia's Online Independent Bookstore, Boomerang Books.

Book Reviews - One for My Baby by Tom Smith

» Have you read this book? We'd like to know what you think about it - write a review about One for My Baby book by Tom Smith and you'll earn 50c in Boomerang Bucks loyalty dollars (you must be a Boomerang Books Account Holder - it's free to sign up and there are great benefits!)

Tom Smith performed throughout the 1980s with cult bands The Fire Hydrant Men and Cas Carnaby Five and was front man for Gee Mr. Tracy. In 2000, after a dozen years as a label manager for independent record labels he became a freelance writer. He has written biographies of Blondie and The Ramones and written regularly on music. His artwork has appeared on various posters, album and single covers and his 2011 exhibition Jockey Full of Bourbon centered around paintings of Frank Sinatra, Elvis and Tom Waits. Earlier this year he exhibited with his wife Helen under the joint title The Smiths.

A Preview for this title is currently not available.
More Books By Tom Smith
View All