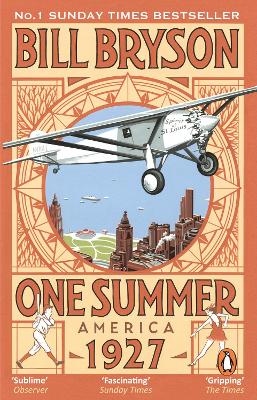 Description - One Summer by Bill Bryson

In summer 1927, America had a booming stock market, a president who worked just four hours a day (and slept much of the rest), a devastating flood of the Mississippi, a sensational murder trial, and an unknown aviator named Charles Lindbergh who became the most famous man on earth.It was the summer that saw the birth of talking pictures, the invention of television, the peak of Al Capone's reign of terror, the horrifying bombing of a school in Michigan, the thrillingly improbable return to greatness of over-the-hill baseball player Babe Ruth, and an almost impossible amount more.In this hugely entertaining book, Bill Bryson spins a tale of brawling adventure, reckless optimism and delirious energy. With the trademark brio, wit and authority that make him Britain's favourite writer of narrative non-fiction, he brings to life a forgotten summer when America came of age, took centre stage, and changed the world.

Other Editions - One Summer by Bill Bryson 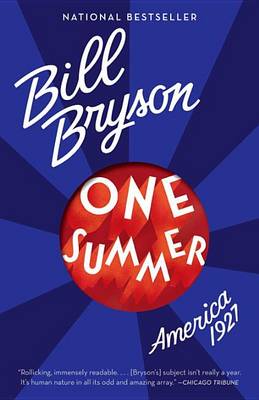 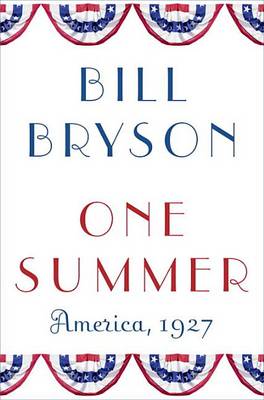 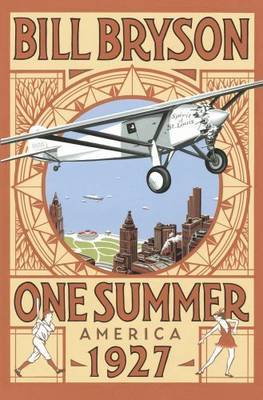 » Have you read this book? We'd like to know what you think about it - write a review about One Summer book by Bill Bryson and you'll earn 50c in Boomerang Bucks loyalty dollars (you must be a Boomerang Books Account Holder - it's free to sign up and there are great benefits!)

Bill Bryson s bestselling travel books include The Lost Continent, A Walk in the Woods and Notes from a Small Island, which in a national poll was voted the book that best represents Britain. His acclaimed book on the history of science, A Short History of Nearly Everything, won the Royal Society s Aventis Prize as well as the Descartes Prize, the European Union s highest literary award. He has written books on language, on Shakespeare, and on his own childhood in the hilarious memoir The Life and Times of the Thunderbolt Kid. His last critically lauded bestseller was At Home- a Short History of Private Life. He was born in the American Mid-West, and lives in the UK.