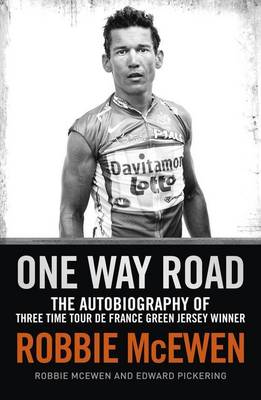 The autobiography of three time Tour de France Green Jersey winner. Professional road cyclist Robbie McEwen will do whatever it takes to win on a bike. He is proud of his reputation as a 'competitive little bugger' and 'a bit of a hard bastard in the peloton', yet he is at pains to point out that what he's channelling is not rage or aggression but a fierce determination and razor-sharp focus. Here, in his own words, Robbie reveals what has made him one of the most successful road cyclists of the last 20 years, winning over 200 professional races and three Tour de France green jerseys. From his teen years in Brisbane winning just about every possible title for his age group at BMX, to his road-cycling apprenticeship at the Australian Institute of Sport before signing his first professional contract with Rabobank, right up to the present day, living in Belgium and riding for RadioShack, this is the complete picture of the inimitable sprinter. Robbie is every bit the feisty, single-minded battler that his fans know and love, but he is also a father and husband who likes hanging out with his mates and having fun. As he puts it, 'Most of the time, I'm Dr Jekyll. Mr Hyde only ma

Other Editions - One Way Road by Ed Pickering 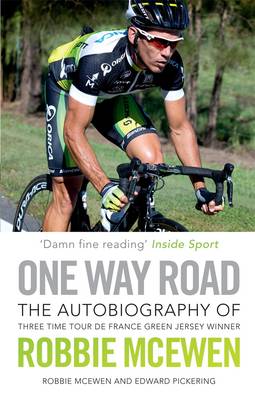 » Have you read this book? We'd like to know what you think about it - write a review about One Way Road book by Ed Pickering and you'll earn 50c in Boomerang Bucks loyalty dollars (you must be a Boomerang Books Account Holder - it's free to sign up and there are great benefits!)

Robbie was born on June 24th 1972 in Brisbane, Queensland. Very early, he showed the traits of being a winner on the bike. He started his career riding BMX races and quickly became Australian Junior Champion. At the age of 18, he switched to road races. Robbie's plans to become a teacher were forgotten; our "Kangaroo of Brakel" clearly had a future as a cyclist. Everybody soon discovered that he as an impressive sprint. Four years later, in 1994, Robbie was selected for the first time in the Australian National Road Team. After a successful two years with the Aussie team where he won 50 races Robbie was ready to take the next step in his career. In 1996, he signed his first professional contract with Holland's Rabobank and found a niche in Brakel, Belgium. Where he would meet his future bride, Angelique Pattyn. Robbie was three times names Australia's Road Cyclist of the year and is still known as one of the fastest sprinters in the world. In 2002, 2004 and 2006, he won the prestigious green jersey in the Tour de France, the first Australian to achieve it. Robbie currently rides for Lance Armstrong's Radioshack Team and continues to live in Belgium with his wife, Angeliqu

How Aborigines Invented The Idea Of Contemporary Art
Ian Maclean
$44.96 $49.95