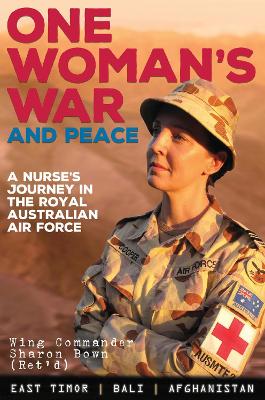 One Woman's War and Peace

A nurse's journey in the Royal Australian Air Force

Description - One Woman's War and Peace by Sharon Bown

In 1999, idealistic 23-year-old Registered Nurse Sharon Bown left her comfortable family life in Tasmania and joined the Royal Australian Air Force with the aim of providing humanitarian aid to the world. Through her 16-year military career she deployed on three operations, barely survived a helicopter crash, struggled to return to military service, mixed in political circles in Canberra and around the world as Aide de Camp to the Minister for Defence, and commanded a combat surgical team during some of the most intense fighting in Afghanistan. During this time, she lost her mother to breast cancer and almost lost her policeman father to a homicidal psychopath on his way to shoot dead his girlfriend but who decided to kill a cop instead. From teaching East Timorese orphans to learn English to tending to wounded Coalition soldiers choppered into her surgical team from deadly battles on the Afghan dust, Sharon's story is that of a sheltered civilian RN becoming a military Nursing Officer and a commander. Her military service was unique, varied and far-reaching but came at the cost of her physical and mental health. A broken back, shattered jaw and Post-Traumatic Stress Disorder are the price she has paid for a remarkable and inspirational career in the Royal Australian Air Force.

Other Editions - One Woman's War and Peace by Sharon Bown 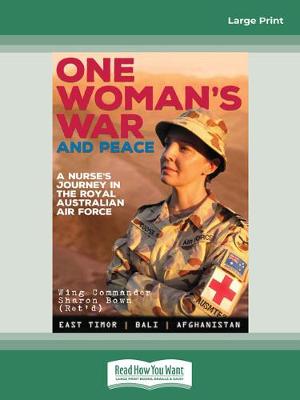 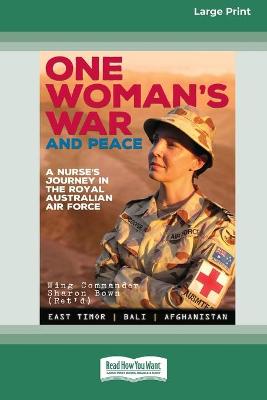 Book Reviews - One Woman's War and Peace by Sharon Bown

» Have you read this book? We'd like to know what you think about it - write a review about One Woman's War and Peace book by Sharon Bown and you'll earn 50c in Boomerang Bucks loyalty dollars (you must be a Boomerang Books Account Holder - it's free to sign up and there are great benefits!)

Wing Commander Sharon Bown (Ret'd) completed her Bachelor of Nursing at the University of Tasmania in 1995. She joined the RAAF as a Nursing Officer in 1999. During her service, she served overseas in East Timor and Afghanistan and was the commander of a surgical team deployed to Afghanistan in 2008.