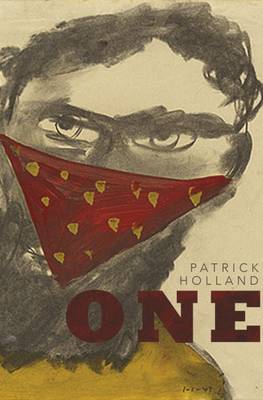 Description - One by Patrick Holland

The last bushrangers in Australian history, James and Patrick Kenniff, were at the height at their horse thieving operation at turn of the 20th century. In One, troops cannot pull the Kenniff Gang out of the ranges and plains of Western Queensland - the brothers know the terrain too well, and the locals are sympathetic to their escapades. When a policeman and a station manager go out on patrol from tiny Upper Warrego Station and disappear, Sergeant Nixon makes it his mission to pursue the gang, especially, Jim Kenniff, who becomes for him an emblem of the violence that resides in the heart of the country. From the award-winning author of The Mary Smokes Boys, One is a novel of minimalist lyrical beauty that traverses the intersections between violence and love. It asks what right one man has to impose his will on another, and whether the written law can ever answer the law of the heart?

'On closing the book I did feel I had experienced something true and strange.' Delia Falconer, The Australian

For The Mary Smokes Boys

'The writing is absolutely terrific and the characters distinct and deftly revealed. And the story is a heart wrecker.' Barry Lopez, Winner of the American Book Award

'The Mary Smokes Boys stands up with some of the best novels of the twentieth century.' Poe Ballantine, author of Love and Terror on the Howling Plains of Nowhere

'He weaves Hemingway's blunt sentences and carved dialogue with the old fashioned storytelling of a folk tale imbued with the dark romance of a Nick Cave ballad.' Jo Case, The Age

Book Reviews - One by Patrick Holland

» Have you read this book? We'd like to know what you think about it - write a review about One book by Patrick Holland and you'll earn 50c in Boomerang Bucks loyalty dollars (you must be a Boomerang Books Account Holder - it's free to sign up and there are great benefits!)


A Preview for this title is currently not available.
More Books By Patrick Holland
View All