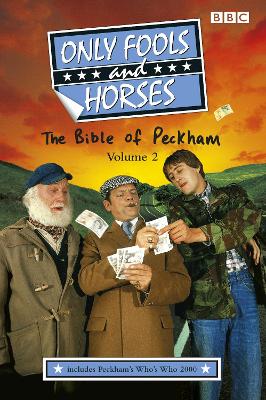 Only Fools and Horses - the Scripts Vol II

This is the second volume of the Only Fools and Horses Scripts, following up The Bible of Peckham volume I. Every episode of the sixth and seventh series is reproduced in full here. Also included is specially-written material- Albert Trotters Hitler My Part in His Downfall; Whos Who in Peckham, and Del Boys family album.

» Have you read this book? We'd like to know what you think about it - write a review about Only Fools and Horses - the Scripts Vol II book by John Sullivan and you'll earn 50c in Boomerang Bucks loyalty dollars (you must be a Boomerang Books Account Holder - it's free to sign up and there are great benefits!)

John Sullivan was best known as the creator of the hugely popular BBC sitcom Only Fools and Horses. Regularly voted Britain's favourite sitcom, the show ran for ten years between 1981 and 1991, including several Christmas specials. Five years later, another Christmas special was broadcast. It was intended to be the last ever episode, but garnered an audience of 24 million viewers, so occasional follow-ups were shown from 2001. Sullivan also wrote a spin-off series, The Green Green Grass, and a prequel, Rock and Chips. Described as 'the Dickens of his generation', Sullivan was also responsible for the creation of the hit BBC TV sitcoms Citizen Smith and Just Good Friends. In 2005, he was appointed an OBE for services to drama. He died in 2011.

A Preview for this title is currently not available.
More Books By John Sullivan
View All