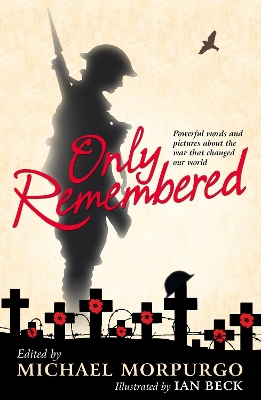 Description - Only Remembered by Michael Morpurgo

Published to mark the centenary of the outbreak of the First World War, this beautiful anthology collects favourite extracts, poems and images from some of the UK's leading cultural, political and literary figures.

Poems, short stories, personal letters, newspaper articles, scripts, photographs and paintings are just some of the elements of this astonishing collection, with cover and artwork by renowned illustrator, Ian Beck.

Royalties from the publication will be spilt between the Royal British Legion and projects for soldiers' children and families at SSAFA.

Other Editions - Only Remembered by Michael Morpurgo 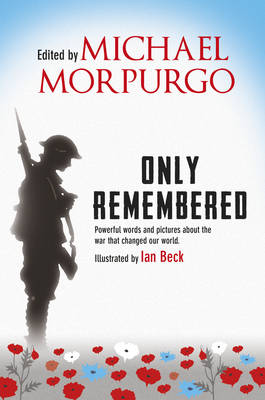 » Have you read this book? We'd like to know what you think about it - write a review about Only Remembered book by Michael Morpurgo and you'll earn 50c in Boomerang Bucks loyalty dollars (you must be a Boomerang Books Account Holder - it's free to sign up and there are great benefits!)

Michael Morpurgo (Author) Michael Morpurgo has written over 120 books, many of them award-winning. His most well-known work, War Horse, was adapted into a multi-Oscar nominated film by Steven Spielberg, and a widely-acclaimed play at the National Theatre. In 2003 Michael became the third Children's Laureate, a position he helped create with the poet Ted Hughes. With his wife, Clare, he set up the charity Farms for City Children, and for their pioneering work they were both awarded the MBE in 1999. Ian Beck (Illustrator) IAN BECK has worked as a freelance illustrator for many years (including such notable artwork as the record cover for Elton John's Goodbye Yellow Brick Road album). Ian turned to writing and illustrating children's books when his own children were born.