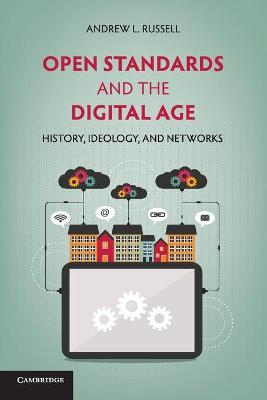 Open Standards and the Digital Age

How did openness become a foundational value for the networks of the twenty-first century? Open Standards and the Digital Age answers this question through an interdisciplinary history of information networks that pays close attention to the politics of standardization. For much of the twentieth century, information networks such as the monopoly Bell System and the American military's Arpanet were closed systems subject to centralized control. In the 1970s and 1980s however, engineers in the United States and Europe experimented with design strategies to create new digital networks. In the process, they embraced discourses of 'openness' to describe their ideological commitments to entrepreneurship, technological innovation, and participatory democracy. The rhetoric of openness has flourished - for example, in movements for open government, open source software, and open access publishing - but such rhetoric also obscures the ways the Internet and other 'open' systems still depend heavily on hierarchical forms of control.

Other Editions - Open Standards and the Digital Age by Andrew L. Russell 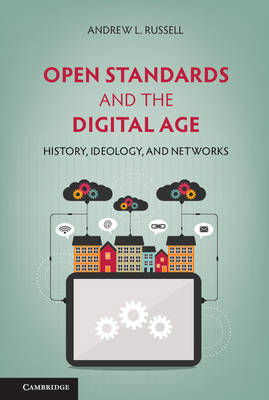 » Have you read this book? We'd like to know what you think about it - write a review about Open Standards and the Digital Age book by Andrew L. Russell and you'll earn 50c in Boomerang Bucks loyalty dollars (you must be a Boomerang Books Account Holder - it's free to sign up and there are great benefits!)

Andrew L. Russell is an Assistant Professor of History and the Director of the Program in Science and Technology Studies in the College of Arts and Letters at the Stevens Institute of Technology in Hoboken, New Jersey. Before arriving at Stevens, he was a Postdoctoral Fellow in Duke University's John Hope Franklin Humanities Institute. Russell earned his PhD from The Johns Hopkins University (2007), MA from the University of Colorado, Boulder (2003), and BA from Vassar College, New York (1996). He has published in journals such as IEEE Annals of Computing, Enterprise and Society, and Information and Culture, and has been awarded fellowships from the Charles Babbage Institute, the Association for Computing Machinery, the Institute for Electrical and Electronics Engineers, and the American Society for Information Science and Technology.

A Preview for this title is currently not available.
More Books By Andrew L. Russell
View All