Opened Ground: Poems 1966-1996 comes as close to being a 'Collected Poems' as its author cares to make it. It replaces his New Selected Poems 1966-1987, giving a fuller selection from each of the volumes represented there and adding large parts of those that have appeared since, together with examples of his work as a translator. The book concludes with 'Crediting Poetry', the speech with which Seamus Heaney accepted the 1995 Nobel Prize in Literature, awarded to him, in the words of the Swedish Academy of Letters, for his 'works of lyrical beauty and ethical depth'. 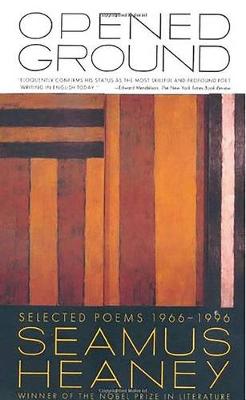 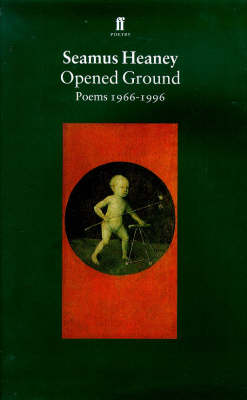 » Have you read this book? We'd like to know what you think about it - write a review about Opened Ground book by Seamus Heaney and you'll earn 50c in Boomerang Bucks loyalty dollars (you must be a Boomerang Books Account Holder - it's free to sign up and there are great benefits!)

Seamus Heaney was born in 1939 in County Derry in Northern Ireland. He grew up in the country, on a farm, in touch with a traditional rural way of life, which he wrote about in his first book Death of a Naturalist (1966). He attended the local school and in 1951 went as a boarder to St Columb's College, about 40 miles away in Derry (the poem 'Singing School' in North refers to this period of his life). In 1956 he went on a scholarship to Queen's University, Belfast and graduated with a first class degree in English Language and Literature in 1961. After a year as a post-graduate at a college of education, and a year teaching in a secondary modern school in Ballymurphy, he was appointed to the staff of St Joseph's College of Education. In 1966 Seamus Heaney took up a lecturing post in the English Department of Queen's University, and remained there until 1972, spending the academic year 1970-71 as a visiting Professor at the University of California in Berkeley.