FROM THE ACCLAIMED AUTHOR OF TRUE CRIME BESTSELLERS HOTEL KEROBOKAN AND SNOWING IN BALI: Kathryn Bonella.

This is the adrenaline-pumping, true crime story of the world's most audacious drug runners and the true life police hunt, 'Operation Playboy', to track them down.

These drug-running criminals travel the globe: they ski in Europe, surf in Bali, hook up with celebrity models and live in five-star hotels. They are 24/7 party boys with brass balls, steely nerves and reckless ambitions. They pay for their high-risk, hedonistic lifestyle by trafficking cocaine, ecstasy and marijuana on international flights and through the world's biggest airports.

But to ride the wave you have to roll the dice. And in this game a bust means prison - or even a firing squad. A Brazilian cop is watching closely, determined to close the net. With a small team, he battles corrupt colleagues and bent judges to learn the secrets of the criminal playboys' gang and bring about their downfall.

If you love true crime or organised crime thrillers, drug bust stories, espionage, murder and mayhem, mafia films, international mystery and crime, heists and biographies featuring a real police operation and a real criminal gang, then this is the true crime biography for you . . . a page-turning, white-knuckle thriller - the true story of a mafia-style manhunt codenamed OPERATION PLAYBOY.

Available at all etailers and in audiobook.

PRAISE FOR KATHRYN BONELLA
'[A] graphic insight into the hidden world of Bali's top western criminal cocaine bosses . . . With unprecedented access into their lives author Kathryn Bonella charts their rise to incredible wealth and power . . . [and] also follows many to the depths of hell when they are busted.' Tracks on Snowing in Bali

'. . . an insightful and sharply observed account of life inside Indonesia's most notorious prison. Bonella casts a cool journalistic eye over some horrific true life events . . .' Sun Herald on Hotel Kerobokan

'Bonella's portrayal of the jail . . . will make readers flinch with its graphic descriptions of violence and debauchery taking place under the eyes of bent guards.' South China Morning Post on Hotel Kerobokan 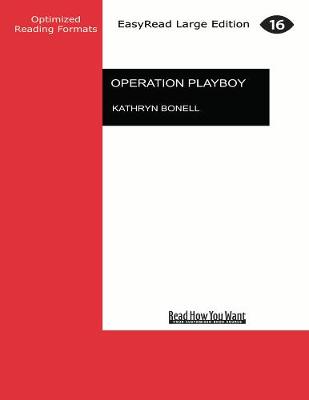 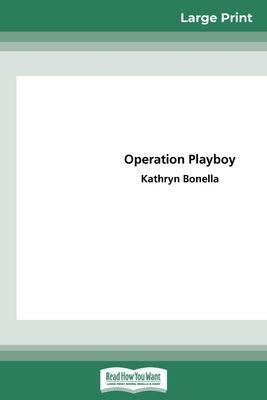 » Have you read this book? We'd like to know what you think about it - write a review about Operation Playboy book by Kathryn Bonella and you'll earn 50c in Boomerang Bucks loyalty dollars (you must be a Boomerang Books Account Holder - it's free to sign up and there are great benefits!)

Since studying journalism at RMIT in Melbourne, Kathryn Bonella has worked as a journalist in television and print. She moved to London eighteen months after graduating and spent several years freelancing for 60 Minutes as well as numerous English and American television programs, magazines and newspapers. She returned to Australia in 2000 to work as a full-time producer for 60 Minutes. She moved to Bali in 2005 to research and write Schapelle Corby's autobiography, My Story, followed by Hotel Kerobokan and Snowing in Bali.

The Loneliest Girl in the Universe
Lauren James
$14.44 $16.99
More Books By Kathryn Bonella
View All