Operation Starlite: The Beginning of the Blood Debt in Vietnam, August 1965

Description - Operation Starlite: The Beginning of the Blood Debt in Vietnam, August 1965 by Otto Lehrack

Operation Starlite is a graphic account of the first major clash of the Vietnam War. On August 18, 1965, regiment fought regiment on the Van Tuong Peninsula near the new Marine base at Chu Lai. On the American side were three battalions of Marines under the command of Colonel Oscar Peatross, a hero of two previous wars. His opponent was the 1st Viet Cong Regiment commanded by Nguyen Dinh Trong, a veteran of many fights against the French and the South Vietnamese. Codenamed Operation Starlite, this action was a resounding success for the Marines and its result was cause for great optimism about America's future in Vietnam. Those expecting a book about Americans in battle will not be disappointed by the detailed descriptions of how the fight unfolded. Marine participants from private to colonel were interviewed during the book's research phase. The battle is seen from the mud level, by those who were at the point of the spear. But this is not just another war story told exclusively from the American side. In researching the book, the author talked with and walked the battlefield with men who fought with the 1st Viet Cong Regiment. All were accomplished combat veterans years before the U.S. entry into the war. The reader is planted squarely in America in 1965, the year that truly began the long American involvement. Operation Starlite sent the Vietnam War into the headlines across the nation and into the minds of Americans, where it took up residence for more than a decade. Starlite was the first step in Vietnam's becoming America's quagmire. The subtitle of the book is: The Beginning of the Blood Debt in Vietnam - August 1965. Blood debt, "han tu" in Vietnamese, can mean revenge, debt of honor, or blood owed for blood spilled. The Blood Debt came into Vietnamese usage early in the war with the United States. With this battle, the Johnson Administration began compiling its own Blood Debt, this one to the American people. The book also looks at the ongoing conflict between the U.S. Army and the U.S. Marines about the methodology of the Vietnam War. With decades of experience with insurrection and rebellion, the Marines were institutionally oriented to base the struggle on pacification of the population. The Army, on the other hand, having largely trained to meet the Soviet Army on the plains of Germany, opted for search-and-destroy missions against Communist main force units. The history of the Vietnam War is littered with many "what ifs." This may be the biggest of them. AUTHOR: Otto Lehrack served with the U.S. Marines for 24 years as an enlisted man and officer. He was an infantry company commander during the Tet Offensive on his first tour (1967 1968), and the operations officer of a signal intelligence battalion on his second tour (1970 1971) in Vietnam.

Book Reviews - Operation Starlite: The Beginning of the Blood Debt in Vietnam, August 1965 by Otto Lehrack

» Have you read this book? We'd like to know what you think about it - write a review about Operation Starlite: The Beginning of the Blood Debt in Vietnam, August 1965 book by Otto Lehrack and you'll earn 50c in Boomerang Bucks loyalty dollars (you must be a Boomerang Books Account Holder - it's free to sign up and there are great benefits!) 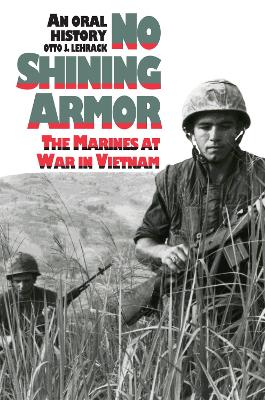