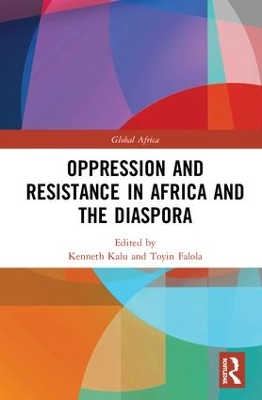 Oppression and Resistance in Africa and the Diaspora

Africa's modern history is replete with different forms of encounters and conflicts. From the fifteenth century when millions of Africans were forcefully taken away as slaves during the infamous Atlantic slave trade; to the colonial conquests of the nineteenth century where European countries conquered and subsequently balkanized Africa and shared the continent to European powers; and to the postcolonial era where many African leaders have maintained several instruments of exploitation, the continent has seen different forms of encounters, exploitations and oppressions. These encounters and exploitations have equally been met with resistance in different forms and at different times. The mode of Africa's encounters with the rest of the world have in several ways, shaped and continue to shape the continent's social, political and economic development trajectories. Essays in this volume have addressed different aspects of these phases of encounters and resistance by Africa and the African Diaspora.

While the volume document different phases of oppression and conflict, it also contains some accounts of Africa's resistance to external and internal oppressions and exploitations. From the physical guerilla resistance of the Mau Mau group against British colonial exploitation in Kenya and its aftermath, to efforts of the Kayble group to preserve their language and culture in modern Algeria; and from the innovative ways in which the Tuareg are using guitar and music as forms of expression and resistance, to the modern ways in which contemporary African immigrants in North America are coping with oppressive structures and racism, the chapters in this volume have examined different phases of oppressions and suppressions of Africa and its people, as well as acts of resistance put up by Africans.

Buy Oppression and Resistance in Africa and the Diaspora by Kenneth Kalu from Australia's Online Independent Bookstore, Boomerang Books. 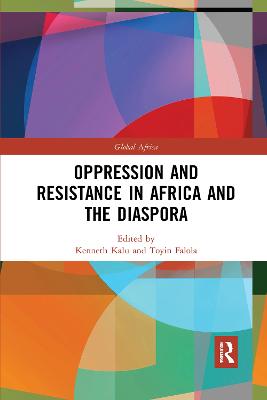 » Have you read this book? We'd like to know what you think about it - write a review about Oppression and Resistance in Africa and the Diaspora book by Kenneth Kalu and you'll earn 50c in Boomerang Bucks loyalty dollars (you must be a Boomerang Books Account Holder - it's free to sign up and there are great benefits!)


A Preview for this title is currently not available.
More Books By Kenneth Kalu
View All