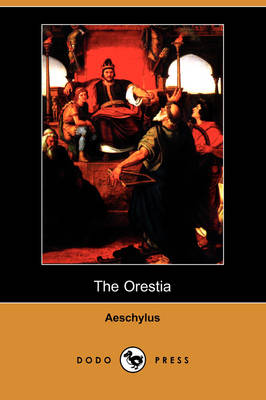 Aeschylus (525 BC-456 BC) was an ancient Greek playwright. He is often recognized as the father or the founder of tragedy, and is the earliest of the three Greek tragedians whose plays survive, the others being Sophocles and Euripides. Many of Aeschylusa (TM) works were influenced by the Persian invasion of Greece, which took place during his lifetime. His play The Persians remains a quintessential primary source of information about this period in Greek history. He wrote some 70 to 90 plays, but only seven tragedies have survived intact: The Persians, Seven Against Thebes, The Suppliants, the trilogy known as The Orestia, consisting of the three tragedies Agamemnon, The Libation Bearers and The Eumenides, and Prometheus Bound (whose authorship is disputed).

» Have you read this book? We'd like to know what you think about it - write a review about Orestia (Dodo Press) book by Aeschylus and you'll earn 50c in Boomerang Bucks loyalty dollars (you must be a Boomerang Books Account Holder - it's free to sign up and there are great benefits!)