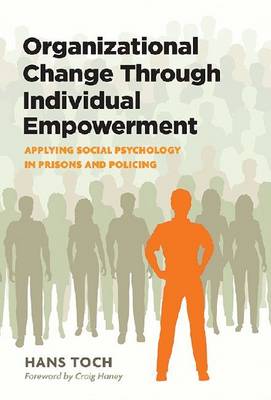 How does meaningful change occur?

What is the role of the psychologist in promoting change?

These questions drive this incisive retrospective by social psychologist Hans Toch, who has spearheaded participatory change over the years among violence-prone police, disenfranchised corrections officers, and inmates dehumanized by the misapplication of psychology in Supermax segregation units.

Approaching each circumstance as a unique challenge, Toch has centered his work on simple tenets: treat humans as human, ameliorate environmental harm, and promote democracy by teaching individuals how to stand up and participate in their lives.

By highlighting the necessity of active participation among stakeholders, Toch has shown process in social psychology to be more important than product. He demonstrates that psychology is best practiced not in the ivory tower but in the real world, among real people, seeking real answers to seemingly intractable problems. Toch displays a tender appreciation for the subjective experiences of people caught in difficult situations.

Filled with amusing anecdotes and the wisdom of experience, this book displays the best that a life in applied psychology has to offer: a commitment not to behavioral theories or institutions, but to people.

» Have you read this book? We'd like to know what you think about it - write a review about Organizational Change Through Individual Empowerment book by Hans Toch and you'll earn 50c in Boomerang Bucks loyalty dollars (you must be a Boomerang Books Account Holder - it's free to sign up and there are great benefits!)

Hans Toch, PhD, is distinguished professor emeritus at the University of Albany at the State University of New York, where he is affiliated with the School of Criminal Justice. He obtained his PhD in social psychology at Princeton University, has taught at Michigan State University and at Harvard University, and in 1996, served as the Walker-Ames Professor at the University of Washington, Seattle.Dr. Toch is a fellow of both APA and the American Society of Criminology. In 1996, he acted as president of the American Association of Correctional Psychology.He is a recipient of the Hadley Cantril Memorial Award (for Men in Crisis), the August Vollmer Award of the American Society of Criminology for outstanding contributions to applied criminology, the Prix deGreff from the International Society of Criminology for Distinction in Clinical Criminology, and the Research Award of the International Corrections and Prison Association.Dr. Toch's research interests range from mental health problems and the psychology of violence to issues of organizational reform and planned change. His books include The Social Psychology of Social Movements (1965, 2013), Reforming Human Services: Change Through Participation (with J. D. Grant, 1982), Violent Men (APA, 1992), Living in Prison (APA, 1992), Mosaic of Despair (APA, 1992), The Disturbed Violent Offender (with Kenneth Adams, APA, 1994), Police Violence (with William Geller, 1996), Corrections: A Humanistic Approach (1997), Crime and Punishment (with Robert Johnson, 2000), Acting Out (with Kenneth Adams, APA, 2002), Stress in Policing (APA, 2002), Police as Problem Solvers (APA, 2005), and Cop Watch: Spectators, Social Media, and Police Reform (APA, 2012). 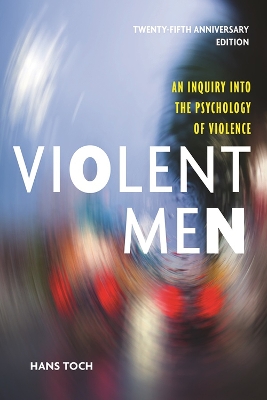 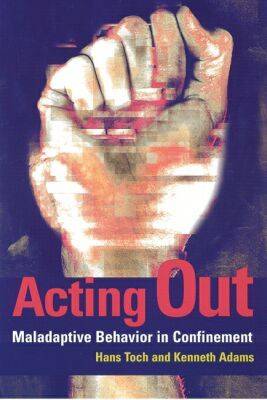 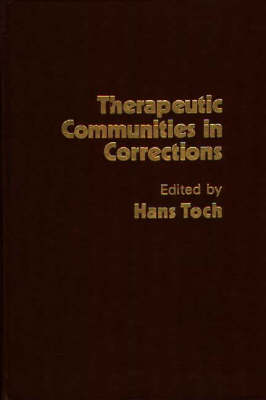