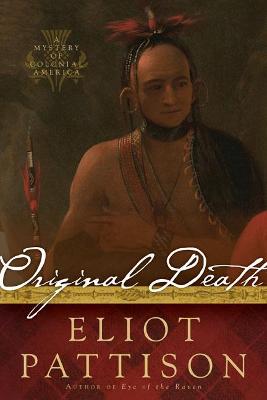 A Mystery of Colonial America

Despite the raging war between French and British, Scottish exile Duncan McCallum has begun to settle into a new life on the fringes of colonial America, traveling the woodlands with his companion Conawago, even joining the old Indian on his quest to find the last surviving members of his tribe. But the joy they feel on reaching the little settlement of Christian Indians is shattered when they find its residents ritually murdered. As terrible as the deaths may be, Conawago perceives something even darker and more alarming: he is convinced they are a sign of a terrible crisis in the spiritworld which he must resolve.
Trying to make sense of the murders, Duncan is accused by the British army of the crime. Escaping prison to follow the trail of evidence, he finds himself hounded by vengeful soldiers and stalked by Scottish rebels who are mysteriously trying to manipulate the war to their advantage. As he pieces together the puzzle of violence and deception he gradually realizes that it may not only be the lives of Duncan and his friends that hang in the balance, but the very survival of the native tribes. When he finally discovers the terrible truth, Duncan is forced to make a fateful choice between his beloved Highland clans and the woodland natives who have embraced and protected him. 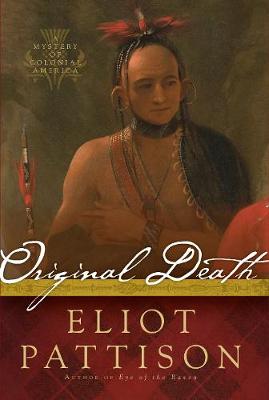 » Have you read this book? We'd like to know what you think about it - write a review about Original Death book by Eliot Pattison and you'll earn 50c in Boomerang Bucks loyalty dollars (you must be a Boomerang Books Account Holder - it's free to sign up and there are great benefits!)

Eliot Pattison is the author of The Skull Mantra, winner of an Edgar Award and finalist for the Gold Dagger, Water Touching Stone, Bone Mountain, Beautiful Ghosts, Prayer of the Dragon, Bone Rattler, The Lord of Death and most recently Eye of the Raven. Pattison resides in rural Pennsylvania with his wife, three children, two horses, and two dogs on a colonial-era farm.

A Preview for this title is currently not available.
More Books By Eliot Pattison
View All