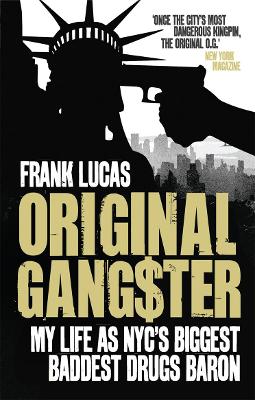 The amazing story of the original gangster, drug dealer and overlord, Frank Lucas

Criminals are not born in a vacuum, and Frank Lucas is no exception. At the age of six he watched his cousin die in a lynching and in that moment of Southern brutality, Frank Lucas, notorious gangster, billion-dollar-heroin importer and true-life inspiration for the film American Gangster was born.

Original Gangster is the story of the most notorious black gangster to ever rule the streets of New York. He went from running numbers in the 50s, to importing millions of dollars of heroin in the 70s, before losing it all at the hands of a snitch. This is the ultimate tale of ambition, hubris and downfall. The original O.G., Lucas has gone down in history for his infamous business measure of cutting out middlemen in the drug trade, buying heroin directly from its source in Southeast Asia, and then smuggling it back in the coffins of dead US servicemen.

Seven years of Lucas' life were dramatised for the Hollywood blockbuster American Gangster, but this is the first time that the mythical figure tells the story himself. The book delves even further into his extraordinary story, showing just what a folk hero Lucas is to contemporary urban audiences. It's a brutally honest account of a gangster and his times. 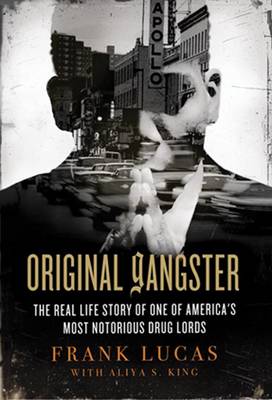 » Have you read this book? We'd like to know what you think about it - write a review about Original Gangster book by Frank Lucas and you'll earn 50c in Boomerang Bucks loyalty dollars (you must be a Boomerang Books Account Holder - it's free to sign up and there are great benefits!)

Frank Lucas was born in 1930 in La Grange, North Carolina and raised in Greensboro, North Carolina. Lucas is a former heroin dealer and organized crime boss who was based in Harlem during the late 1960s and early 1970s. He was particularly known for cutting out middlemen in the drug trade and buying heroin directly from his source in Southeast Asia. He is the subject of the 2007 film American Gangster. Lucas has been jailed twice, and was most recently released in 1991.

A Preview for this title is currently not available.
More Books By Frank Lucas
View All