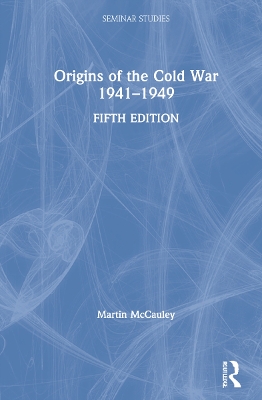 Now in its fifth edition, Origins of the Cold War 1941-1949 covers the formative years of the momentous struggle that developed between two superpowers, the United States and the Soviet Union.

This accessible text explains how the Cold War originated and developed between 1941 and 1949 and involved the entire globe, with proxy wars being fought much to the detriment of the developing world. The fifth edition is revised, updated and expanded to include new material on topics such as the efforts of the Soviet Union, the UK and France to prevent the outbreak of World War II; the reasons behind the Molotov-Ribbentrop Pact; atomic diplomacy and the role played by Soviet spies in the West; the culture wars and propaganda; Churchill's efforts to entice the US into the war against Germany; the role of Hollywood in promoting intervention; the US's insouciance concerning the danger of a Japanese attack; the astonishing success of the Soviet Union in recruiting high level American officials to provide invaluable information on politics, science, engineering and avionics; and more. Incorporating the most recent scholarship, Martin McCauley provides students with an invaluable introduction to a fascinating period that shaped today's world.

The book is an important staple for courses on modern global history and international affairs. 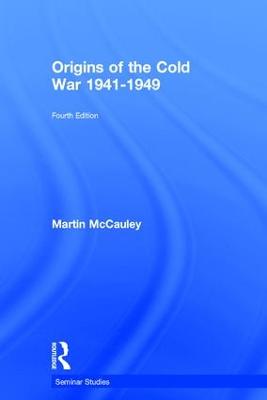 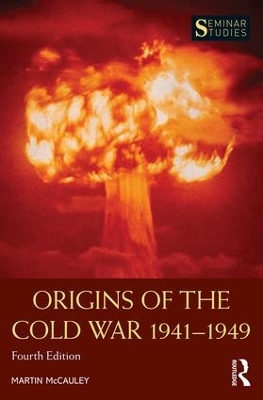 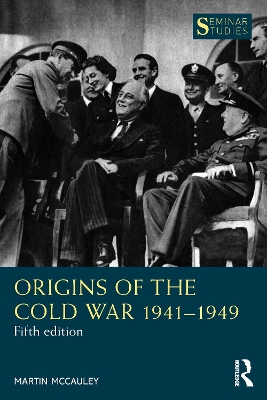 » Have you read this book? We'd like to know what you think about it - write a review about Origins of the Cold War 1941-1949 book by Martin McCauley and you'll earn 50c in Boomerang Bucks loyalty dollars (you must be a Boomerang Books Account Holder - it's free to sign up and there are great benefits!)


A Preview for this title is currently not available.
More Books By Martin McCauley
View All