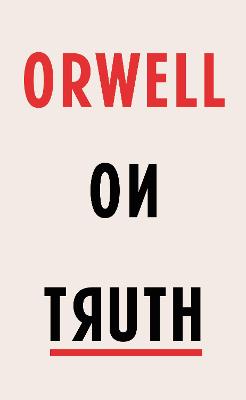 'To see what is in front of one's nose needs a constant struggle.' A selection of George Orwell's prescient, clear-eyed and stimulating writing on the subjects of truth and lies. With an introduction by Alan Johnson.

A selection of George Orwell's prescient, clear-eyed and stimulating writing on the subjects of truth and lies. With an introduction by Alan Johnson.

'Freedom is the freedom to say that two plus two equals four. If that is granted, all else follows.'

This selection of George Orwell's writing, from both his novels and non-fiction, gathers together his thoughts on the subject of truth. It ranges from discussion of personal honesty and morality, to freedom of speech and political propaganda. Orwell's unique clarity of thought and illuminating scepticism provide the perfect defence against our post-truth world of fake news and confusion.

'The further a society drifts from the truth, the more it will hate those that speak it.'

Includes an introduction by Alan Johnson and passages from Burmese Days, The Road to Wigan Pier, Coming Up for Air, The Lion and the Unicorn, Animal Farm, Nineteen Eighty-Four, Orwell's letters, war-time diary, criticism and essays including 'Fascism and Democracy', 'Culture and Democracy', 'Looking Back on the Spanish War', 'As I Please', 'Notes on Nationalism', 'The Prevention of Literature', 'Politics and the English Language' and 'Why I Write'.

Other Editions - Orwell on Truth by George Orwell 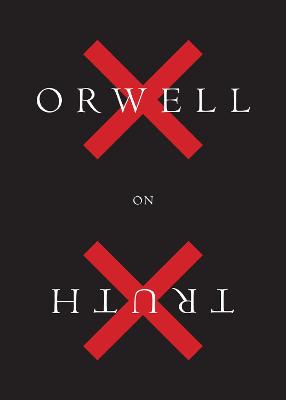 » Have you read this book? We'd like to know what you think about it - write a review about Orwell on Truth book by George Orwell and you'll earn 50c in Boomerang Bucks loyalty dollars (you must be a Boomerang Books Account Holder - it's free to sign up and there are great benefits!)

George Orwell (1903-1950) is one of England's most famous writers and social commentators. He is the author of the classic political satire Animal Farm and the dystopian masterpiece Nineteen Eighty-Four. He is also well known for his essays and journalism, particularly his works covering his travels and his time fighting in the Spanish Civil War. His writing is celebrated for its piercing clarity, purpose and wit and his books continue to be bestsellers all over the world.