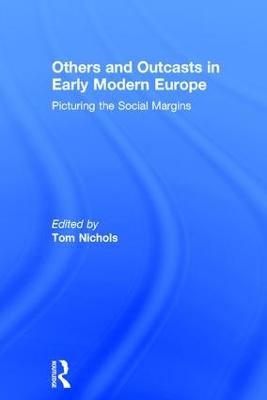 Others and Outcasts in Early Modern Europe

Description - Others and Outcasts in Early Modern Europe by Tom Nichols

Others and Outcasts in Early Modern Europe is the first book to focus directly on the visual representation of marginal and outcast people in early modern Europe. The volume offers a comprehensive and groundbreaking analysis of a wide range of images featuring Jews and Turks, roguish beggars, syphilitics and plague victims, the 'deserving poor', toothpullers, beggar philosophers, black slaves, itinerant actors and street hawkers. Its broad geographical and chronological scope allows the reader to build a wider picture of visual strategies and conventions for the depiction of the poor and the marginal as they developed in countries such as Germany, the Netherlands, Italy, Spain, Britain and Ireland. While such types had often been depicted in earlier centuries, the essays show that they came to play a newly significant and formative role in European art between 1500 and 1750. Marking a clear departure from much previous scholarship on the subject - which has tended to view representations of poverty as passive by-products of non-visual forces - these essays place the image itself at the centre of the investigation. The studies show that many depictions of socially marginal people operated in essentially hegemonic fashion, as a way of controlling or fixing the social and moral identity of those living on the edge. At the same time, they also reveal the inventiveness and originality of many early modern artists in dealing with this subject matter, showing how the sophisticated visuality of their representations could render meaning ambiguous in relation to such controlling discourses. 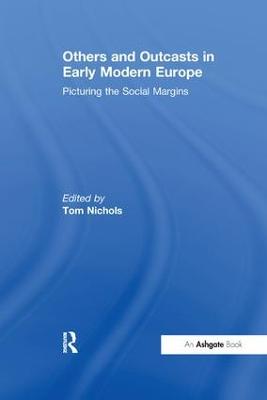 » Have you read this book? We'd like to know what you think about it - write a review about Others and Outcasts in Early Modern Europe book by Tom Nichols and you'll earn 50c in Boomerang Bucks loyalty dollars (you must be a Boomerang Books Account Holder - it's free to sign up and there are great benefits!)

A Preview for this title is currently not available.
More Books By Tom Nichols
View All

The Death of Expertise: The Campaign against Established Knowledge and Why it Matters
$27.39 $27.95

Others and Outcasts in Early Modern Europe: Picturing the Social Margins
$94.04 $94.99