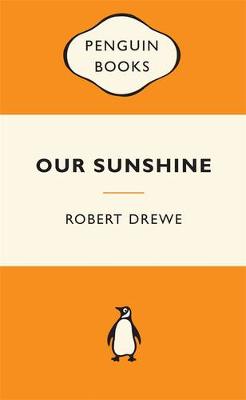 Our Sunshine is the tale of a man whose story outgrew his life. Robert Drewe's strikingly imaginative re-creation of the inner life of Ned Kelly is written with a brilliant clarity and impressionistic economy. It carries the reader into a dreamworld of astonishing and violent revelation, an entrancing and frightening landscape of murder, sexuality, persecution, robbery, vanity, politics, and corruption.

» Have you read this book? We'd like to know what you think about it - write a review about Our Sunshine: Popular Penguins book by Robert Drewe and you'll earn 50c in Boomerang Bucks loyalty dollars (you must be a Boomerang Books Account Holder - it's free to sign up and there are great benefits!)