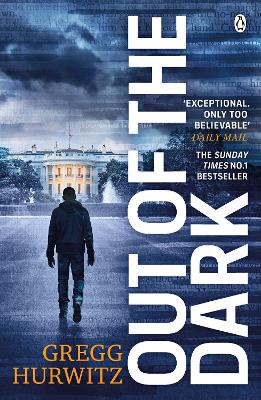 Out of the Dark: The gripping Sunday Times bestselling thriller

Description - Out of the Dark: The gripping Sunday Times bestselling thriller by Gregg Hurwitz

THE PRESIDENT
For President Jonathan Bennett, reaching the White House was the realisation of lifetime's ambition. He's leader of the free world and the most powerful man on earth. But public support for his administration is wearing thin. And if the truth about his rise to the top was exposed it would bury him.

THE ASSASSIN
As a boy, Evan Smoak was taken from his foster home and inducted into a top secret Cold War programme. Codenamed Orphan X, he was trained to become a lethal weapon, then despatched around the world to do whatever was required to keep his country safe. When Evan discovered the mission was rotten to the core he got out, using his skills to hide in plain sight while helping those left behind by mainstream justice.

THE RECKONING
But Evan knows about the President's dark past. And that's dangerous knowledge. To save himself and his country, Evan must ask himself one simple question- how do you kill the most well-protected man on earth? And, when he knows you're coming for him, how do you stay alive long enough to try? One thing is certain- a desperate call for help from another unfortunate in urgent need of Evan's protection isn't going to make it any easier ...

Breathtakingly bold, brilliantly accomplished and blisteringly fast-paced, Out of the Dark is The Day of the Jackal for the twenty-first century.

Other Editions - Out of the Dark: The gripping Sunday Times bestselling thriller by Gregg Hurwitz 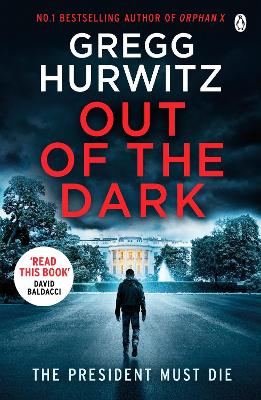 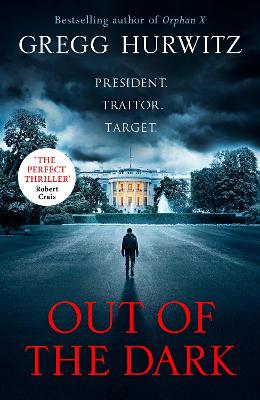 Book Reviews - Out of the Dark: The gripping Sunday Times bestselling thriller by Gregg Hurwitz

» Have you read this book? We'd like to know what you think about it - write a review about Out of the Dark: The gripping Sunday Times bestselling thriller book by Gregg Hurwitz and you'll earn 50c in Boomerang Bucks loyalty dollars (you must be a Boomerang Books Account Holder - it's free to sign up and there are great benefits!)

Book Review: Out of the Dark: The gripping Sunday Times bestselling thriller by Gregg Hurwitz - Reviewed by CloggieA (21 Feb 2020)

Out Of The Dark is the fourth book in the Orphan X series by best-selling American author, Gregg Hurwitz. Among other things, Evan Smoak’s extensive training made him a skilled assassin. His very first mission, in an unnamed Eastern European state, involved the assassination of a foreign minister; it is this mission that somehow has led to his latest one. And he’s setting his sights high with this target: the President of the United States.

On this mission, he’s up against a formidable opponent: Special Agent in Charge, Naomi Templeton has the Secret Service in her genes and has recently been promoted to Deputy Director of Protective Intelligence and Assessment. And as the daughter of a former Director, she has something to prove. But Hank Templeton, now languishing in an Aged Care Facility, could also be a distraction. What Evan Smoak isn’t initially aware of is the dangerous man who has been tasked with killing him.

In this dose of Orphan X, Evan: deals with a dislocated shoulder (not his own); narrowly avoids participation in a father-daughter dance; neutralises a Los Angeles drug trafficker; finds, in Trevon Gaines, someone even more obsessed with order than he is; leaves a message, cryptic to others, but unsubtle for his target; has fun with a Tesla S; stays at the Watergate Hotel; and goes skate-boarding.

The situations where Evan chooses to interact, unarmed (or apparently so), with weaponed opponents are quite entertaining, as is the paranoia he induces in his target. As with all books in this series, it’s wise to check your disbelief at the door and just go along for the fantastic ride, as Evan gets himself out of multiple impossible (and often lethal) situations, and all without the level of equipment that backs him up in LA..

Fans of the previous book will welcome the reappearance of Joey Morales (and the clever, snappy dialogue that results), and readers familiar with DC will enjoy this instalment for the many locations mentioned. Book number five, Into The Fire, promises to be just as much fun. An excellent action thriller.


A Preview for this title is currently not available.
More Books By Gregg Hurwitz
View All