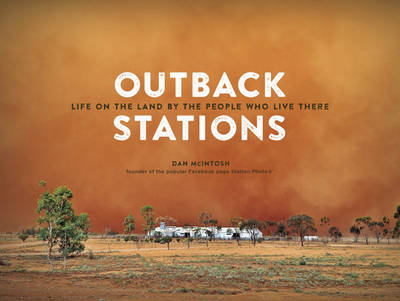 Life on the Land By the People Who Live There

A pictorial celebration of Australia as seen through the eyes of people working on the land.

In March 2013, Dan McIntosh had an idea. A station cook and keen photographer, he wanted to share the pictures he had taken of the outback life he loved so much. Encouraged by his sister, he started a community Facebook page called Station Photos. Dan wasn't expecting much but within days the bush telegraph kicked in and pretty soon thousands of people were liking and contributing their own photos to the page. A year on, Station Photos has almost 50,000 followers and a staggering 30 million views from around the world.


What people love so much about Station Photos is that it's real. Real people taking photos on their phones and cameras of what makes them laugh (and cry), the land they love, their kids, their mates and their animals. It's a way of life that most Australians - living in the cities and along the coast - never get to experience, yet it embodies so much of the spirit and folklore of Australia.


Outback Stations was born from a competition on the Station Photos page to show a day in the life of an outback station. the response was positively overwhelming - and the very best of the images are featured in this book. Like the Facebook page, this book is a celebration of country Australia and the way we live and enjoy life on the land.

» Have you read this book? We'd like to know what you think about it - write a review about Outback Stations book by Daniel McIntosh and you'll earn 50c in Boomerang Bucks loyalty dollars (you must be a Boomerang Books Account Holder - it's free to sign up and there are great benefits!)

Dan McIntosh is the real deal. A man who has lived his whole life in the bush and has a boundless love for the land which he expresses through his photography. He's the station cook at Napier Downs cattle station in the Kimberly region of Western Australia. Dan's 'Station Photos' Facebook community now has close to 117,000 members, and since the publication of his first book, the bestselling Outback Stations, and a feature on ABC's Landline, Dan is recognised wherever he goes!