The Making of Self-made Billionaires

The secret of extreme wealth creation
The Outsider's Edge reveals the one common denominator the
world's richest self-made people share. Studying the lives of 17
world-famous billionaires, author and researcher Brent Taylor
discovered that their one shared experience is that of the
outsider. From Bill Gates to Richard Branson to Warren Buffett,
being different from their peers, and proud of it, has served as
prime motivation for many of the world's most spectacularly
successful people. Turning the conventional wisdom about wealth on
its head, The Outsider's Edge reveals the true value and importance
of being different.
Brent Taylor (Australia) is a professional researcher who has
worked for more than 20 years as a market researcher to government
and corporations.

» Have you read this book? We'd like to know what you think about it - write a review about Outsider's Edge book by Brent D. Taylor and you'll earn 50c in Boomerang Bucks loyalty dollars (you must be a Boomerang Books Account Holder - it's free to sign up and there are great benefits!)

Brent D. Taylor (Melbourne, Australia) is a respected social and market researcher. For the past twenty years he has provided advice to Australian governments and large corporations. He was a director of KPMG for four years and ran KPMG?s Centre for Consumer Behavior. As a researcher Brent has always been fascinated with extreme achievers, however he became increasingly frustrated with the lack of explanation as to why extreme achievers are the way they are. His curiosity and drive have led him to write the exciting Outsider?s Edge. Taylor gained a bachelor of Engineering from Auckland University. He then earned an honours degree in psychology at Melbourne University. He is currently a member of the Australian Market and Social Research Society. 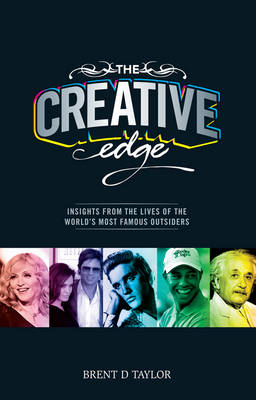