The Ocean of the Future

Travelling the circumference of the truly gigantic Pacific, Simon Winchester tells the story of the world's largest body of water, and - in matters economic, political and military - the ocean of the future.

The Pacific is a world of tsunamis and Magellan, of the Bounty mutiny and the Boeing Company. It is the stuff of the towering Captain Cook and his wide-ranging network of exploring voyages, Robert Louis Stevenson and Admiral Halsey. It is the place of Paul Gauguin and the explosion of the largest-ever American atomic bomb, on Bikini atoll, in 1951. It has an astonishing recent past, an uncertain present and a hugely important future.

The ocean and its peoples are the new lifeblood, fizz and thrill of America - which draws so many of its minds and so much of its manners from the sea - while the inexorable rise of the ancient center of the world, China, is a fixating fascination. The presence of rogue states - North Korea most notoriously today - suggest that the focus of the responsible world is shifting away from the conventional post-war obsessions with Europe and the Middle East, and towards a new set of urgencies. Navigating the newly evolving patterns of commerce and trade, the world's most violent weather and the fascinating histories, problems and potentials of the many Pacific states, Simon Winchester's thrilling journey is a grand depiction of the future ocean.

Other Editions - Pacific by Simon Winchester 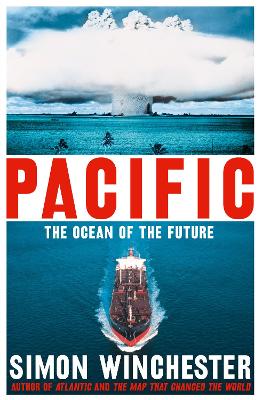 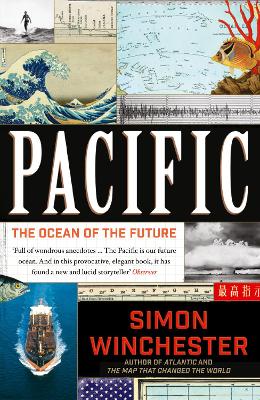 » Have you read this book? We'd like to know what you think about it - write a review about Pacific book by Simon Winchester and you'll earn 50c in Boomerang Bucks loyalty dollars (you must be a Boomerang Books Account Holder - it's free to sign up and there are great benefits!)

Simon Winchester is the bestselling author of `Atlantic', `The Man Who Loved China', `A Crack in the Edge of the World', `Krakatoa', `The Map That Changed the World', `The Surgeon of Crowthorne' ('The Professor and the Madman'), `The Fracture Zone', `Outposts' and `Korea', among many other titles. In 2006 he was awarded the OBE. He lives in western Massachusetts and New York City.