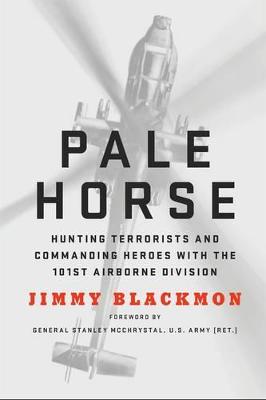 Hunting Terrorists and Commanding Heroes with the 101st Airborne Division

Pale Horse is the remarkable never-before-told true story of an army aviation task force during combat in the Afghan War, told by the commanding officer who was there. Set in the very valleys where the attacks of 9/11 were conceived, and where ten Medals of Honor have been earned since that fateful day the war began, the narrative races from ferocious firefights and bravery in battle to the quiet moments where the courageous men and women of Task Force Pale Horse catch their breath before they take to the skies again.
Jimmy F. Blackmon writes with a power and hard-hitting honesty that leaps off the page. He has the respect of the men and women of his brigade, and a command of the narrative to tell their story. From pilots of lethal Apache attack helicopters who strike fear in their enemies to the medevac soldiers who risk their lives daily, these are warriors from a variety of backgrounds who learned selflessness and found the closest brotherhood they ever knew through the crucible of war. Pale Horse both honors and commemorates the service of this elite task force from the unique vantage point of the commander who led them in battle. 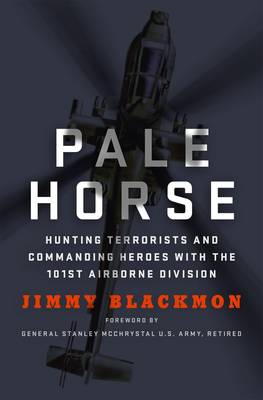 » Have you read this book? We'd like to know what you think about it - write a review about Pale Horse book by Jimmy Blackmon and you'll earn 50c in Boomerang Bucks loyalty dollars (you must be a Boomerang Books Account Holder - it's free to sign up and there are great benefits!)

Jimmy F. Blackmon is a colonel in the United States Army. Jimmy has operationally deployed twice each to the Balkans, Iraq and Afghanistan. He commanded both a squadron and a brigade in the famed 101st Airborne Division (Air Assault), both of which he led in combat. Jimmy is passionate about archery - a sport in which he has won three world championships. He holds a BA in History from North Georgia College where he commanded the Corps of Cadets in 1991, and was selected as a Distinguished Military Graduate. He holds a Master of Science in Education from Old Dominion University and a Master of Science in National Security and Strategic Studies from the National War College in Washington, DC. Jimmy, his wife, and their four children have called Clarksville, TN, home for the past twelve years.

A Preview for this title is currently not available.
More Books By Jimmy Blackmon
View All