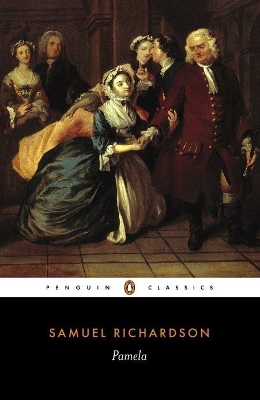 Samuel Richardson's Pamela is a captivating story of one young woman's rebellion against the social order, edited by Peter Sabor with an introduction by Margaret A. Doody in Penguin Classics.
Fifteen-year-old Pamela Andrews, alone in the world, is pursued by her dead mistress's son. Although she is attracted to Mr B, she holds out against his demands and threats of abduction and rape, determined to protect her virginity and abide by her moral standards. Psychologically acute in its explorations of sex, freedom and power, Richardson's first novel caused a sensation when it was published, with its depiction of a servant heroine who dares to assert herself. Richly comic and full of lively scenes and descriptions, Pamela contains a diverse cast of characters ranging from the vulgar and malevolent Mrs Jewkes to the aggressive but awkward country squire who serves this unusual love story as both its villain and hero.
In her introduction, Margaret Ann Doody discusses the epistolary genre of novels and examines the role of women and class differences. This edition, based on the 1801 text and incorporating corrections made in 1810, makes Richardson's final version of the two-volume generally available for the first time.
Samuel Richardson (1689-1761) was born in Derbyshire, the son of a joiner. He received little formal education, but in 1706 was apprenticed to a London printer, going on to become a leading figure of the trade in the capital. Pamela originated as a volume of model letters for unskilled letter-writers, but as Richardson became more fascinated by the characters in his letters than the letters themselves, the germ of a novel began to emerge. Upon its publication in 1740 Pamela; or, Virtue Rewarded became a national sensation.
If you enjoyed Pamela, you might like Daniel Defoe's Moll Flanders, also available in Penguin Classics.

Other Editions - Pamela by Samuel Richardson 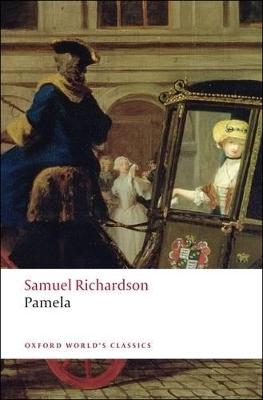 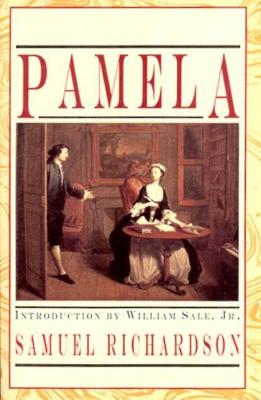 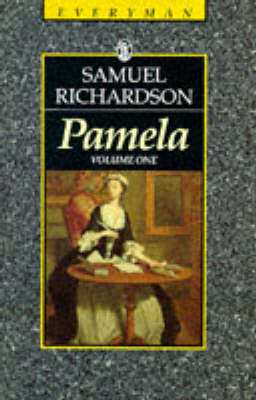 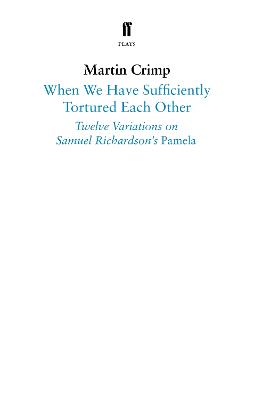 » Have you read this book? We'd like to know what you think about it - write a review about Pamela book by Samuel Richardson and you'll earn 50c in Boomerang Bucks loyalty dollars (you must be a Boomerang Books Account Holder - it's free to sign up and there are great benefits!)

Born in 1689, Samuel Richardson was the son of a London joiner. He received little formal education but went on to acheive great acclaim and popularity through his writing. He was married twice, had twelve children, and died in 1761. M.A Doody is Professor of Literature at the University of Notre Dame, she has published widely on in literary criticism.

A Preview for this title is currently not available.
More Books By Samuel Richardson
View All

Clarissa: Or, the History of a Young Lady Comprehending the Most Important Concerns of Private Life; And Particularly Shewing the Distresses That May Attend the Misconduct Both of Parents and Children, in Relation to Marriage
$110.10 $122.33

The Doctrine of Eternal Hell Torments Overthrown: In Three Parts. 1. of the Torments of Hell, the Foundation and Pillars Thereof Searched, Discovered, Shaked and Removed, Etc. [by Samuel Richardson]. 2. an Article from the Harleian Miscellany on Universal
$88.06 $97.84

Clarissa. Or, the History of a Young Lady: Comprehending the Most Important Concerns of Private Life. in Seven Volumes. Volume 1 of 7
$78.80 $87.55

Pamela: Or, Virtue Rewarded. in a Series of Familiar Letters from a Beautiful Young Damsel to Her Parents: And Afterwards, in Her Exalted Condition, Between Her, and Persons of Figure and Quality, ... the Third and Fourth Volumes Volume 3 of 4
$78.80 $87.55

Clarissa. Or, the History of a Young Lady: Comprehending the Most Important Concerns of Private Life. in Eight Volumes. Volume 7 of 8
$81.00 $90.00

Clarissa. Or, the History of a Young Lady: Comprehending the Most Important Concerns of Private Life. in Eight Volumes. Volume 5 of 8
$72.18 $80.20