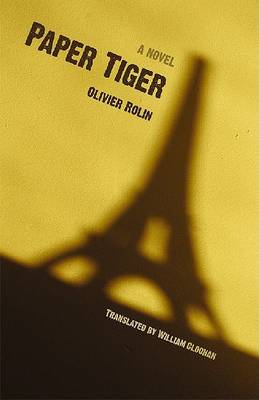 Their generation was anything but lost, at least in the beginning. Filled with fiery ambition and idealistic to a fault, they found their voice in the Paris of 1968 and were intent on exposing the powers of repression and the demons of Western capitalism (and what, really, was the difference?)--by any means. But the acts of violence misfired, the principles of Marxism and Maoism became emptied of meaning, and the casualties mounted. The protagonist Martin is now middle-aged; his group, "The Cause," is disbanded; his best friend has committed suicide; and he finds he must try to explain to the man's daughter who they were, what they thought they were doing, and what happened. Paper Tiger takes place during one night that this unlikely couple spends driving around Paris as they revisit a somewhat distant past. This odyssey is adroitly evoked by Rolin's long, fluid sentences as they reflect the car's route past the sundry signs of the past and advertisements of the present dotting the Paris beltway. This prize-winning novel by one of France's most acclaimed writers tells, through Martin, the elegiac story of a whole generation's coming of age. » Have you read this book? We'd like to know what you think about it - write a review about Paper Tiger book by Olivier Rolin and you'll earn 50c in Boomerang Bucks loyalty dollars (you must be a Boomerang Books Account Holder - it's free to sign up and there are great benefits!)

Olivier Rolin is one of France's most distinguished novelists. His Port-Sudan won the Prix Femina, and Tigre en Papier was short-listed for the 2003 Goncourt Prize. This is the first translation of his work into English. William Cloonan is the Richard Chapple Professor of Modern Languages at Florida State University. He is the author of The Writing of War: French and German Fiction and World War II.

A Preview for this title is currently not available.
More Books By Olivier Rolin
View All