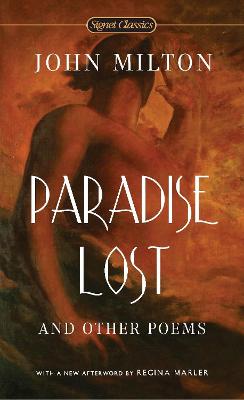 Paradise Lost and Other Poems

Description - Paradise Lost and Other Poems by John Milton

PARADISE LOST SAMSON AGONISTES LYCISDAS These three masterworks placed the great seventeenth-century English poet Milton beside Shakespeare, Dante, Homer, and Virgil in the pantheon of world literature. A monumental achievement, Paradise Lost is the epic poem about the magnificent Lucifer, whose failed rebellion against Heaven's tyranny casts him into the darkness of Hell and leads to man's fall from grace. Samson Agonistes, the greatest English drama modelled on the Greek classics, depicts blinded, once-mighty Samson regaining his strength as God's champion and delivering his people-while destroying himself and his captors. And 'Lycidas' is an immortal elegy on lost hopes and the nature of fate. Written in a grand style of superb power, these works display a majesty of language, a sublime wealth of detail, and the unmistakable genius of one of literature's greatest minds. With an Introduction by Edwrd M. Cifelli, Ph.D., and a New Afterword by Regina Marler Annotated by Edward Le Comte

Other Editions - Paradise Lost and Other Poems by John Milton 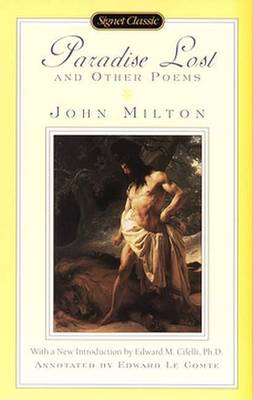 Book Reviews - Paradise Lost and Other Poems by John Milton

» Have you read this book? We'd like to know what you think about it - write a review about Paradise Lost and Other Poems book by John Milton and you'll earn 50c in Boomerang Bucks loyalty dollars (you must be a Boomerang Books Account Holder - it's free to sign up and there are great benefits!)

John Milton was born in London on December 9, 1608, and studied at the University of Cambridge. He originally planned to become a clergyman, but abandoned those ambitions to become a poet. Political in his writings, he served a government post during the time of the Commonwealth. In 1651, he went completely blind but he continued to write, finishing Paradise Lost in 1667, and Paradise Regained in 1671. He died in 1674.

Areopagitica; A Speech to the Parliament of England for the Liberty of Unlicensed Printing
Available, ships in 8-11 days
$92.47 $102.74