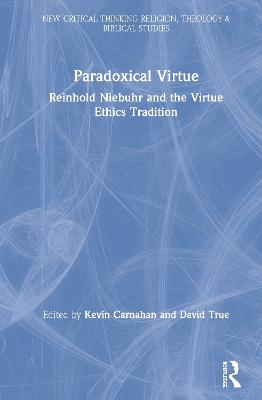 After the re-emergence of the tradition of virtue ethics in the early 1980s Reinhold Niebuhr has often served as a foil for authors who locate themselves in that tradition. However, this exercise has often proved controversial. This collection of essays continues this work, across a wide range of subjects, with the aim of avoiding some of the polemics that have previously accompanied it.

The central thesis of this book is that putting the work of Reinhold Niebuhr and Christian realism in dialogue with contemporary virtue theory is a profitable undertaking. An introductory essay argues against locating Niebuhr as a consequentialist and in favour of thinking of his work in terms of a dispositional ethics Contributors take different positions on whether Niebuhr's dispositional ethics should be considered a form of virtue ethics or an alternative to virtue ethics. Several of the articles relate Niebuhr and Christian realism to particular virtues. Throughout there is an appreciation of the ways in which any Niebuhrian approach to dispositional ethics or virtue must be shaped by a sense of tragedy, paradox, or irony. The most moral disposition will be one which includes doubts about its own virtue.

This volume allows for a repositioning of Niebuhr in the context of contemporary moral theory as well as a rereading of the tradition of virtue ethics in the light of a distinctly Protestant, Christian realist and paradoxical view of virtue. As a result, it will be of great interest to scholars of Niebuhr and Christian Ethics and scholars working in Moral Philosophy and the Philosophy of Religion more generally.

Other Editions - Paradoxical Virtue: Reinhold Niebuhr and the Virtue Tradition by Kevin Carnahan 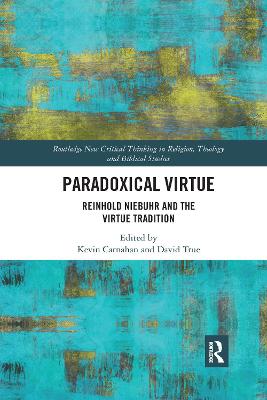 » Have you read this book? We'd like to know what you think about it - write a review about Paradoxical Virtue: Reinhold Niebuhr and the Virtue Tradition book by Kevin Carnahan and you'll earn 50c in Boomerang Bucks loyalty dollars (you must be a Boomerang Books Account Holder - it's free to sign up and there are great benefits!)


A Preview for this title is currently not available.
More Books By Kevin Carnahan
View All