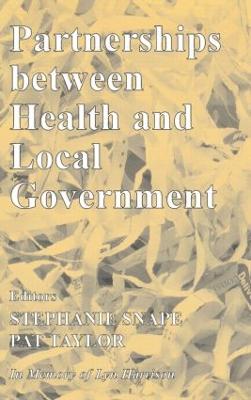 Partnerships Between Health and Local Government

Description - Partnerships Between Health and Local Government by Stephanie Snape

The theme of this collection of essays is partnerships between health and local government. Such partnerships are not new. Nor is discussion of the merits (or otherwise) of collaboration between the two sectors. And the history of collaboration between these two sectors of the public services has been checkered to say the least; indeed, the boundary between health and social care has been described as a 'Berlin Wall'. However, New Labour's ascension to power in 1997 has re-kindled an avid interest in this issue. The Government's emphasis on partnerships and collaboration has been projected as a key element of their 'Third Way' philosophy. Partnership working in particular has been viewed as the most appropriate means of addressing endemic, obdurate social ills, such as social exclusion, poor health, poverty, low educational standards and so on. No one agency can tackle these 'wicked issues' which require collaborative action. New Labour's enthusiasm for partnership approaches produced many new iniatives, legislation and guidance, powers and duties, incentives and rhetoric.
And the Government's exhortation to collaborate has been particularly intense in the area of joint working between health and local government.

Other Editions - Partnerships Between Health and Local Government by Stephanie Snape 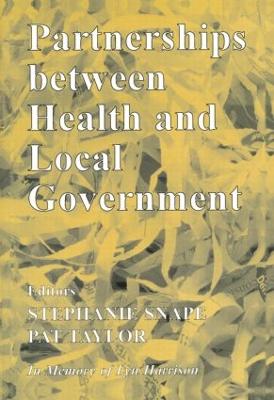 » Have you read this book? We'd like to know what you think about it - write a review about Partnerships Between Health and Local Government book by Stephanie Snape and you'll earn 50c in Boomerang Bucks loyalty dollars (you must be a Boomerang Books Account Holder - it's free to sign up and there are great benefits!)


A Preview for this title is currently not available.
More Books By Stephanie Snape
View All