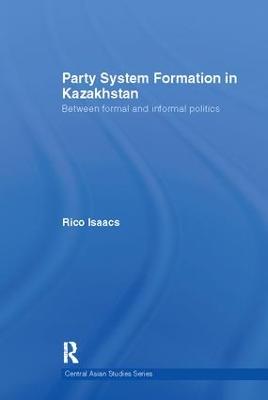 Between Formal and Informal Politics

Since the collapse of the Soviet Union, Central Asian states have developed liberal-constitutional formal institutions. However, at the same time, political phenomena in Central Asia are shaped by informal political behaviour and relations. This relationship is now a critical issue affecting democratization and regime consolidation processes in former Soviet Central Asia, and this book provides an account of the interactive and dynamic relationship between informal and formal politics through the case of party-system formation in Kazakhstan.

Based on extensive interviews with political actors and a wide range of historical and contemporary documentary sources, the book utilises and develops neopatrimonialism as an analytical concept for studying post-Soviet authoritarian consolidation and failed democratisation. It illustrates how personalism of political office, patronage and patron-client networks and factional elite conflict have influenced and shaped the institutional constraints affecting party development, the type of emerging parties and parties' relationship with society. The case of Kazakhstan, however, also demonstrates how in the former Soviet space political parties emerge as central to the legitimization of informal political behavior, the structuring of factional competition and the consolidation of authoritarianism. The book represents an important contribution to the study of Central Asian Politics.

Other Editions - Party System Formation in Kazakhstan by Rico Isaacs 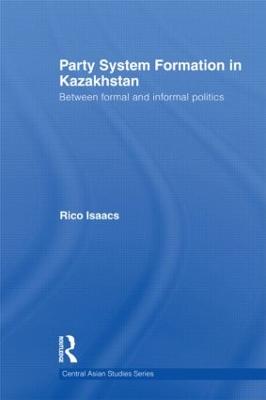 » Have you read this book? We'd like to know what you think about it - write a review about Party System Formation in Kazakhstan book by Rico Isaacs and you'll earn 50c in Boomerang Bucks loyalty dollars (you must be a Boomerang Books Account Holder - it's free to sign up and there are great benefits!)

Rico Isaacs is a Lecturer in International Studies at Oxford Brookes University, UK. His research interests include the relationship between formal and informal politics, institutional development and authoritarianism and democracy in the former Soviet Union.

A Preview for this title is currently not available.
More Books By Rico Isaacs
View All

Nation-Building and Identity in the Post-Soviet Space: New Tools and Approaches
$73.79 $81.99