This story was based on true events of three men determined
to bring down a notorious drug cartel operating along the
southwestern border of the United States. For five years the men
spearheaded separate but simultaneous investigations in different
locations around the country. According to a March 1997 report by
Mike Gallegher, investigative reporter for the Albuquerque Journal,
along the border between United States and Mexico, from Tijuana,
Mexico/San Diego, California to Matamoros, Mexico/Brownsville,
Florida, there are twelve Gatekeepers who form "a syndicate of the
major drug cartels operating in Mexico."1 The syndicate controls
individual regions for smuggling narcotics and drugs into the U.S.
and transportation of weapons to Central and South America. The
cartels "coordinate bribes at the national level, oversee money
laundering operations and negotiate the shipment of drugs at the
international level."2
One case, conducted by DEA Agent Larry Ray Hardin, took
place in Yuma and San Luis, both cities in Arizona. Another case
occurred simultaneously in Los Angeles, California, and was
conducted by private investigators Jeff Pearce and Randy
Torgerson of the Pearce Corporation. About one year into the cases,
they found themselves making connections with the Meraz
organization, a drug cartel in San Luis, Rio Colorado, Mexico, and
their connections and businesses conducted in Los Angeles.
Experiences from their investigation, surveillance, and
collection of intelligence to build the cases present a compelling
story leading to what became of the Meraz family, their
organization, and the three young men. The intensity of this work -
and in some instances, the fun times - relate how events such as
these shaped each of their lives.

» Have you read this book? We'd like to know what you think about it - write a review about Path of the Devil: Camino del Diablo book by Randy Torgerson and you'll earn 50c in Boomerang Bucks loyalty dollars (you must be a Boomerang Books Account Holder - it's free to sign up and there are great benefits!) 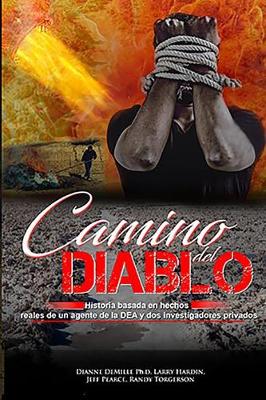