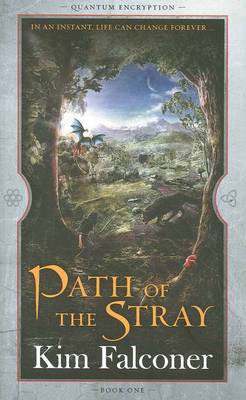 Path of the Stray

Description - Path of the Stray by Kim Falconer

A fast-paced story of fantasy and occult adventure, astrology and martial arts ... this trilogy tells past and future stories of characters we met in the Quantum Enchantment trilogy.

the magical lands of Gaela are on the brink of war when tryn Bistoria fi nds herself trapped in the taboo caves above Corsanon. As she and her familiar escape, a terrible power is unleashed from another time. On a distant Earth, Janis the 'techno-witch' must hide Jarrod from those who want to destroy him. But in the crossover to Gaela with the shape-shifting Lupins, Jarrod and a stray pup disappear. In a desperate search, Janis' daughter Ruby learns what must be done if everyone is to survive. Praise for Kim Falconer'one of the best fantasy books I've read in ages!' traci Harding, author of the Ancient Future, on the Spell of Rosette 'an utterly unique and thrillingly complex story of magic and science as you've never read before' GoodReads on Strange Attractors

Other Editions - Path of the Stray by Kim Falconer 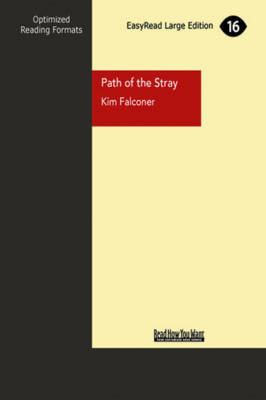 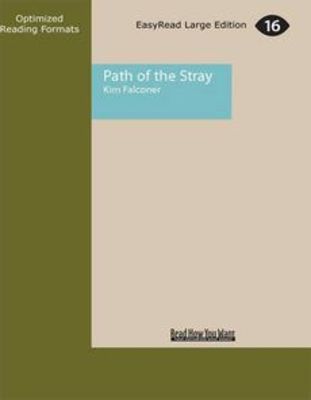 Book Reviews - Path of the Stray by Kim Falconer

» Have you read this book? We'd like to know what you think about it - write a review about Path of the Stray book by Kim Falconer and you'll earn 50c in Boomerang Bucks loyalty dollars (you must be a Boomerang Books Account Holder - it's free to sign up and there are great benefits!)

21st Century Earth is a stark and depressive place where the airs polluted filled with smog, the seas are filled with death and the lands are barren, tainted. Despite this Luka Paree and Janis Richter are discovering that together they are able to create new life and a hope for the future of Earth, however their actions will affect worlds.

It seems the only way to survive on this changing Earth is to work for ASSIST, but working undercover Ruby must live with the fear of discovery, if her Lupin heritage were to be exposed, if her witchcraft were to be found out, even her womanhood places her in danger. However with little animal life left on Earth the newly born Lupins are in danger of discovery, but even on Gaela their presence has not go by unnoticed.

Jarrod has also been left alone in a new world with only instructions to wait, they would come for him when it was safe, someone would come, but that could take days, years or centuries. So while in Gaela Jarrod might as well make the most of it. However his encounter with Tryn and her mysterious familiar will set of a chain of events that will lead Jarrod farther then he expected while changing Tryn's life forever.

Path Of The Stray leads to self discovery, a new home and a willingness to risk everything to save Jarrod and with him Earth. For those who have followed Rosette through the corridors between worlds and navigated the portals of time this story will take you back to where it all began. An epic story that seamlessly mingles science and technology with sociology, environmentalism, philosophy, and magic. A unique series that must be read.

Kim Falconer lives in Byron Bay with two gorgeous black cats. As well as her author website, she runs an astrology forum and alternative science site, trains with a sword and is completing a Masters Degree. Her novel writing is done early every morning. Currently she's working on additional volumes in the Quantum Enchantment Series.