When you have to kill the same terrorist twice in one week there's either something wrong with your world or something wrong with your skills...and there's nothing wrong with Joe Ledger's skills. And that's both a good, and a bad thing. It's good because he's a Baltimore detective that has just been secretly recruited by the government to lead a new taskforce created to deal with the problems that Homeland Security can't handle. This rapid response group is called the Department of Military Sciences or the DMS for short. It's bad because his first mission is to help stop a group of terrorists from releasing a dreadful bio-weapon that can turn ordinary people into zombies. The fate of the world hangs in the balance... 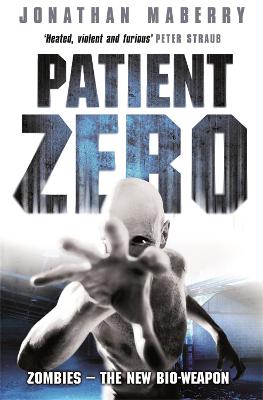 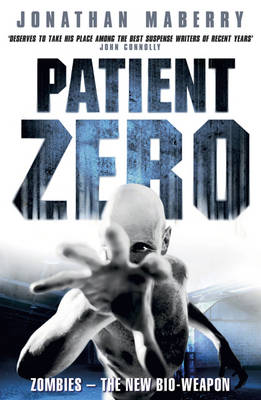 » Have you read this book? We'd like to know what you think about it - write a review about Patient Zero book by Jonathan Maberry and you'll earn 50c in Boomerang Bucks loyalty dollars (you must be a Boomerang Books Account Holder - it's free to sign up and there are great benefits!)

There are plenty of Zombie books out there, I should know, I have read most of them, so at times it's hard to breath new light into a otherwise flooded market. Patient Zero has a slightly different but maybe not original spin.

Joe Ledger is tasked to head up a top secret Government unit which is tasked to hunt down this new walking dead crises. Zombie and terrorists makes for an interesting read not to mention allot of army talk and non-stop action. Joe Ledger is an interesting character, smart, tough and very sarcastic. Not much character development but a fun read with lots and lots of short chapters.

Jonathan Maberry is the multiple Bram Stoker Award-winning author of The King of Plagues, The Dragon Factory, Ghost Road Blues and Rot & Ruin, among others. He also wrote the novelization of the movie The Wolfman. His work for Marvel Comics includes Captain America, Punisher, Wolverine, DoomWar, Marvel Zombie Return and Black Panther. His Joe Ledger series has been optioned for TV by Sony Pictures. He has been inducted into the International Martial Arts Hall of Fame.

A Preview for this title is currently not available.
More Books By Jonathan Maberry
View All