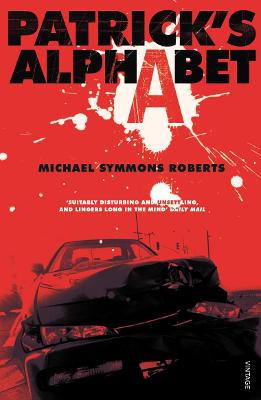 When a teenage couple are found murdered in their car, a boy called Adam Sligo is the only suspect. A manhunt begins. The letter A is found blazoned on the wall at the murder scene and is soon followed, around town, by the other letters of the alphabet, each immaculately painted in red. What do the letters mean? Is Sligo playing games with the police? Or putting a spell on the town?Perry Scholes is mixed up in all this from the start- a man haunted by cars and death - and photographic images of both. He trawls the motorways and edgelands listening to police radio, getting to the car-crash or the crime scene before them. He makes a living selling these shots to the papers. He is the one who spots the painted letters, and begins to document their appearances.As the town is paralysed by fear and paranoia, a vigilante cult emerges, arming itself for the battle against evil. Perry finds himself trapped in a nightmare. A killer is at large, and the alphabetical messages he leaves seem to be personal messages for him.

» Have you read this book? We'd like to know what you think about it - write a review about Patrick's Alphabet book by Michael Symmons Roberts and you'll earn 50c in Boomerang Bucks loyalty dollars (you must be a Boomerang Books Account Holder - it's free to sign up and there are great benefits!)

Michael Symmons Roberts has published four collections of poetry, including Burning Babylon, which was shortlisted for the T. S. Eliot Prize, and Corpus, which won the 2004 Whitbread Poetry Award. He is a frequent collaborator with the composer James MacMillan and is also an award-winning radio writer and documentary film-maker