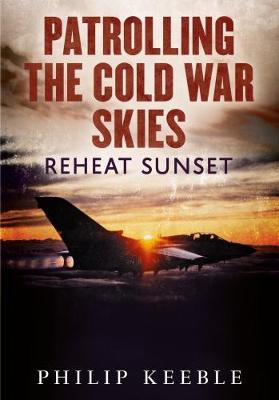 This is a flying adventure book set within the framework of the Cold War and told through the lens of the RAF Pilot's Flying Log Book. Philip Keeble's logbooks cover ten different types of aircraft: from learning to fly in a Chipmunk trainer in 1965, right through to flying the Tornado F3 Fighter in 1994. These true tales are told as anecdotal yarns, ones that put flesh on the bare bones of a logbook in an exciting, amusing and self-deprecating way. The narratives stir up memories of escapades and the events leading up to them. They depict exciting sorties, dangerous emergencies, stupid moments, funny occurrences, and operational practices, but also show the balance and contrast of operating in the Cold War. Keeble got into more than a few scrapes. He flew very high, very low, and very fast with a foolhardiness that at times was culpable. The memories of these events will make you chuckle, break out in a cold sweat, and some may even cause a lump in your throat. The author can vouch for the veracity of every single tale, even the shocking ones. Strap yourselves in securely and hold on tight-for this could be quite a ride.

» Have you read this book? We'd like to know what you think about it - write a review about Patrolling the Cold War Skies book by Philip Keeble and you'll earn 50c in Boomerang Bucks loyalty dollars (you must be a Boomerang Books Account Holder - it's free to sign up and there are great benefits!)

Philip Keeble was born in 1947 in Beaconsfield, England. Educated first in Slough and later Fareham where he started work as an industrial chemist before leaving to joining the Hampshire and Isle of Wight Constabulary. In 1965 he was accepted for pilot training with the RAF and had a 28-year career in the service, flying mainly reconnaissance and fast combat aircraft in a wide range of overseas theatres. On leaving the forces he became a civilian military simulator instructor both in the UK and in Saudi Arabia. He was Ordained as a Deacon in the Church in Wales in 2013 (retired).

A Preview for this title is currently not available.
More Books By Philip Keeble
View All