An American original, Patti Smith is a multi-disciplined artist and performer. Her work is rooted in poetry, which infused her 1975 landmark album, Horses. A declaration of existence, Horses was described as 'three chords merged with the power of the word'; it was graced with the now iconic portrait by Robert Mapplethorpe, the subject of her award-winning memoir Just Kids.

Initially published in 1998, Patti Smith's Complete Lyrics was a testimony to her uncompromising poetic power. Now, on the fortieth anniversary of the release of Smith's groundbreaking album, Collected Lyrics has been revised and expanded with more than thirty-five additional songs, including her first, 'Work Song', written for Janis Joplin in 1970, and her most current, 'Writer's Song', to be recorded in 2015. The collection is liberally illustrated with original manuscripts of lyrics from Smith's extensive archive.

Patti Smith's work continues to retain its relevance, whether controversial, political, romantic or spiritual. Collected Lyrics offers forty-five years of song, an enduring commemoration of Smith's unique contribution to the canon of rock and roll. 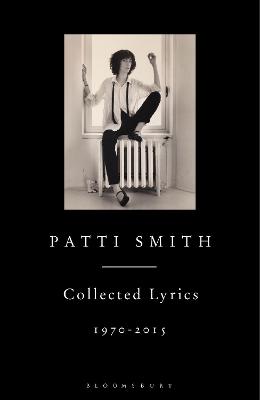 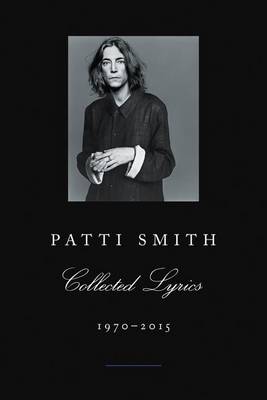 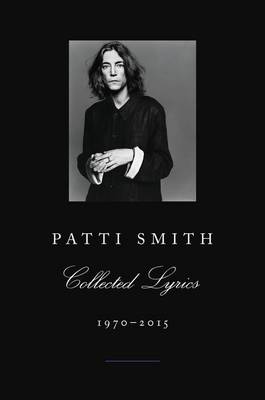 » Have you read this book? We'd like to know what you think about it - write a review about Patti Smith Collected Lyrics, 1970-2015 book by Patti Smith and you'll earn 50c in Boomerang Bucks loyalty dollars (you must be a Boomerang Books Account Holder - it's free to sign up and there are great benefits!)

Patti Smith is a writer, visual artist and performer. Her New York Times bestselling book Just Kids was awarded the 2010 National Book Award for non-fiction. She is the recipient of France's highest honour for a living artist, the Commandeur de l'Ordre des Arts et des Lettres, as well as the Polar Award, one of the most distinguished music prizes. Her album Horses was inducted into the Library of Congress National Recording Registry and is number forty-four on Rolling Stone's list of the top 500 albums. In 2008, Smith was inducted into the Rock and Roll Hall of Fame, and in 2010 she received ASCAP's Founders Award for lifetime achievement. Her books include Witt, Babel, Woolgathering, The Coral Sea, Auguries of Innocence and M Train.

A Preview for this title is currently not available.
More Books By Patti Smith
View All