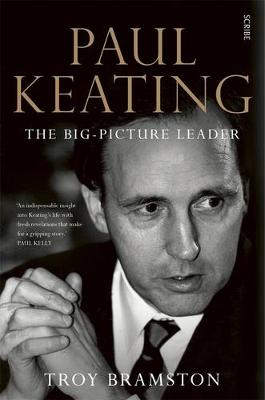 Drawing on around 15 hours of new interviews with Keating, coupled with access to his extensive personal files, this book tells the story of a political warrior?s rise to power, from the outer suburbs of Sydney through Young Labor and into parliament at just 25 years of age, serving as a minister in the last days of the Whitlam government; his path-breaking term as treasurer in the 1980s; his four-year prime ministership from 1991 to 1996; and his passions and interests since.Bramston has interviewed more than 100 people who know and worked with Keating, including his family, parliamentary colleagues, advisers, party officials, union leaders, public servants, and journalists. This includes interviews with Gough Whitlam, Malcolm Fraser, Bob Hawke, John Howard, Kevin Rudd, Julia Gillard, Tony Abbott, Doug Anthony, Bill Hayden, Andrew Peacock, Ian Sinclair, John Hewson, Alexander Downer, Peter Costello, Kim Beazley, Simon Crean, Cheryl Kernot, and Bob Carr.Bramston has secured access to Labor archives, and he also documents key debates in once-secret cabinet papers, reveals caucus minutes for the first time, draws on the unpublished diaries of Neal Blewett and Bob Carr, discloses meeting records from the archives of US presidents George H W Bush and Bill Clinton, talks to former British prime minister Tony Blair, and shares his new discoveries from the personal files of Whitlam, Hayden, Hawke, and Howard.Paul Keating saw political leadership as the combination of courage and imagination, a belief that powered his public career and helps explain his extraordinary triumphs and crushing lows. Keating blazed a trail of reform with a vision for Australia?s future that still attracts ardent admirers and the staunchest critics. This book chronicles, analyses, and interprets Keating?s life, and draws lessons for a Labor Party and a country still reluctant to fully embrace his legacy.'Indispensable as an insight into Paul Keating's remarkable life and achievements, Bramston has interviewed everyone, produced fresh revelations and told a gripping story.?- Paul Kelly

Other Editions - Paul Keating: the big-picture leader by Troy Bramston 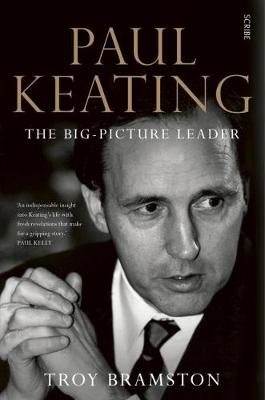 » Have you read this book? We'd like to know what you think about it - write a review about Paul Keating: the big-picture leader book by Troy Bramston and you'll earn 50c in Boomerang Bucks loyalty dollars (you must be a Boomerang Books Account Holder - it's free to sign up and there are great benefits!)

Troy Bramston has been a senior writer and columnist with The Australian newspaper, and a contributor to Sky News, since 2011. He was previously a columnist with The Sunday Telegraph (2010-11). Troy is the author or editor of seven previous books, including Looking for the Light on the Hill (2011), Rudd, Gillard and Beyond (2014), and, with Paul Kelly, The Dismissal (2015). He has an economics degree with honours from The University of Sydney and a masters degree in politics and international relations from The University of NSW. Troy has worked as a policy and political adviser, and speechwriter, in government, opposition, and the private sector. He was awarded the Centenary Medal by the governor-general for services towards the centenary of federation commemorations in 2001. Troy lives in Sydney with his partner, Nicky, and two children, Madison and Angus.

A Preview for this title is currently not available.
More Books By Troy Bramston
View All