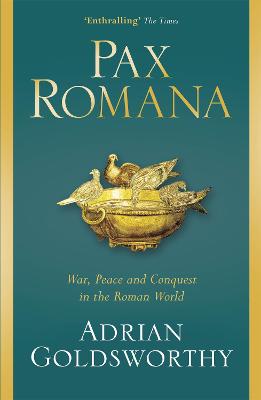 War, Peace and Conquest in the Roman World

The Pax Romana is famous for having provided a remarkable period of peace and stability, rarely seen before or since. Yet the Romans were first and foremost conquerors, imperialists who took by force a vast empire stretching from the Euphrates in the east to the Atlantic coast in the west. Their peace meant Roman victory and was brought about by strength and dominance rather than co-existence with neighbours. The Romans were aggressive and ruthless, and during the creation of their empire millions died or were enslaved.But the Pax Romana was real, not merely the boast of emperors, and some of the regions in the Empire have never again lived for so many generations free from major wars. So what exactly was the Pax Romana and what did it mean for the people who found themselves brought under Roman rule?Acclaimed historian Adrian Goldsworthy tells the story of the creation of the Empire, revealing how and why the Romans came to control so much of the world and asking whether the favourable image of the Roman peace is a true one. He chronicles the many rebellions by the conquered, and describes why these broke out and why most failed. At the same time, he explains that hostility was only one reaction to the arrival of Rome, and from the start there was alliance, collaboration and even enthusiasm for joining the invaders, all of which increased as resistance movements faded away.A ground-breaking and comprehensive history of the Roman Peace, Pax Romana takes the reader on a journey from the bloody conquests of an aggressive Republic through the age of Caesar and Augustus to the golden age of peace and prosperity under diligent emperors like Marcus Aurelius, offering a balanced and nuanced reappraisal of life in the Roman Empire. 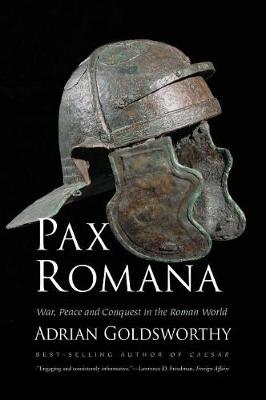 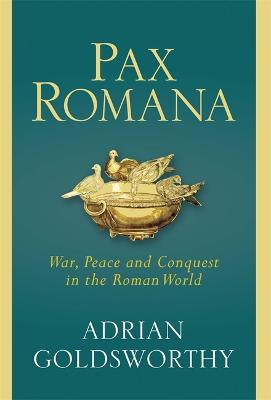 » Have you read this book? We'd like to know what you think about it - write a review about Pax Romana book by Adrian Goldsworthy and you'll earn 50c in Boomerang Bucks loyalty dollars (you must be a Boomerang Books Account Holder - it's free to sign up and there are great benefits!)

Adrian Goldsworthy has a doctorate from Oxford University. His first book, THE ROMAN ARMY AT WAR was recognised by John Keegan as an exceptionally impressive work, original in treatment and impressive in style. He has gone on to write several other books, including THE FALL OF THE WEST, CAESAR, IN THE NAME OF ROME, CANNAE and ROMAN WARFARE, which have sold more than a quarter of a million copies and been translated into more than a dozen languages. A full-time author, he regularly contributes to TV documentaries on Roman themes. Visit www.adriangoldsworthy.com for more information.