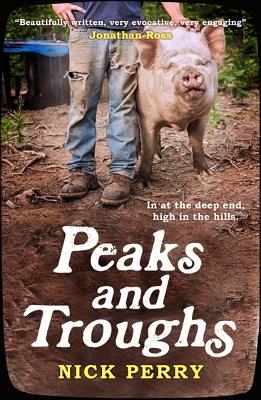 In at the Deep End, High in the Hills

As 1970 dawns Jack, brother Nick and his family set off from swinging London to fulfil their dream of living off the land in the wild unforgiving hills of North Wales. They know nothing of farming or what battles lie ahead with the weather and their neighbours, or the ingenuity needed to survive.

But armed with the Farmer's Weekly and protected by their youthful idealism and sense of the ridiculous they begin their adventure. Peaks and Troughs is a warm-hearted, humorous and inspirational tale of life in all its drama - birth, death, tragedy, comedy, disappointment and hope - with the star player being one Rattlerow King David the 57th, a prize boar whose prodigious sex drive literally saves Nick's bacon.

Other Editions - Peaks and Troughs by Nick Perry 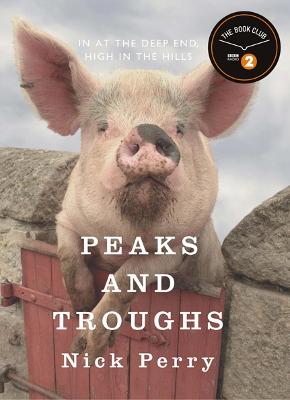 » Have you read this book? We'd like to know what you think about it - write a review about Peaks and Troughs book by Nick Perry and you'll earn 50c in Boomerang Bucks loyalty dollars (you must be a Boomerang Books Account Holder - it's free to sign up and there are great benefits!)

Nick Perry spent his childhood in Dorset, out in the countryside daydreaming most of the time. He was educated at Parkstone Sea Training School before leaving for London where he worked for ATV Television. He travelled around Europe moving from job to job until he came into money. On impulse he bought a hill farm in North Wales, some experiences of which form the backdrop to Peaks and Troughs. He lives with his wife Arabella in the Wiltshire countryside where he spends time writing, walking and listening to classical music.