This true story of a poor Chinese peasant boy, who at the age of ten was plucked unsuspectingly from millions of others across the land to be trained as a ballet dancer, is a fairytale that has captivated children and adults alike. Li tells his story with disarming simplicity and charm, with humour and compassion, and here he speaks directly to the small child, his special audience. He has a personal story to tell you, and he begins by introducing you to the land of his childhood, and to his beloved father, and to a small child who was once Li himself- he tells us of that boy growing up in hardship, yet with love and affection, as he shares with us the lives of his large family, the special stories in his life, the inspiring teachers, the experiences and moments he will never forget.

Other Editions - The Peasant Prince by Li Cunxin 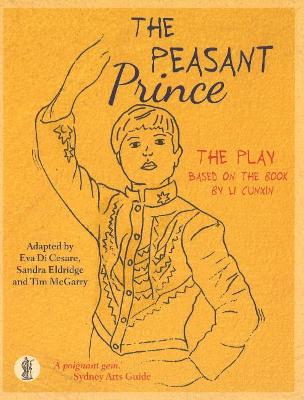 » Have you read this book? We'd like to know what you think about it - write a review about Peasant Prince book by Li Cunxin and you'll earn 50c in Boomerang Bucks loyalty dollars (you must be a Boomerang Books Account Holder - it's free to sign up and there are great benefits!)

Li Cunxin (Author) Li Cunxin was born in 1961 in the New Village, Li Commune, near the city of Qingdao on the coast of north-east China. The sixth of seven sons in a poor rural family, Li's peasant life in Chairman Mao's communist China changed dramatically when, at the age of eleven, he was chosen by Madame Mao's cultural advisers to become a student at the Beijing Dance Academy. After a summer school in America, for which he was one of only two students chosen, he defected to the West and became a principal dancer for the Houston Ballet. Li went on to become one of the best male dancers in the world. He is now a senior manager in a major stockbroking firm and lives in Melbourne, Australia, with his wife Mary and their three children, Sophie, Tom and Bridie. Li's autobiography, Mao's Last Dancer, has received numerous accolades including the Australian Book of the Year Award and has been published around the world. The children's version won the Australian Publishers Association's Book of the Year for Younger Children and the Queensland Premier's Literary Awards Children's Book Award. Mao's Last Dancer was adapted into a 2009 feature film of the same name by director Bruce Beresford and writer Jan Sardi. Anne Spudvilas (Illustrator) Anne Spudvilas is one of Australia's foremost picture book illustrators and is an established artist. She divides her time between commissioned portraits, her work as a courtroom artist, and her award-winning illustrations for children's books. Her first picture book, The Race by Christobel Mattingley, won the Crichton Award for Illustration and was an Honour Book in the Children's Book Council of Australia (CBCA) Awards in 1996. Anne has produced many award-winning picture books, in