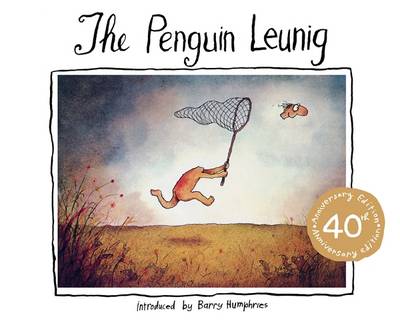 Originally published in 1974, The Penguin Leunig was the very first collection of cartoons from the inimitable Leunig. Since then he has published 25 books and been declared a Living Treasure by the National Trust of Australia. The pieces in this classic compilation are as relevant now as when they first appeared, with Leunig turning his unique eye on life in all its complexities, ironies, absurdities and pathos. This hardback anniversary edition is a beautiful offering of the hilarious and the sublime.

» Have you read this book? We'd like to know what you think about it - write a review about Penguin Leunig: 40Th Anniversary Edition book by Michael Leunig and you'll earn 50c in Boomerang Bucks loyalty dollars (you must be a Boomerang Books Account Holder - it's free to sign up and there are great benefits!)