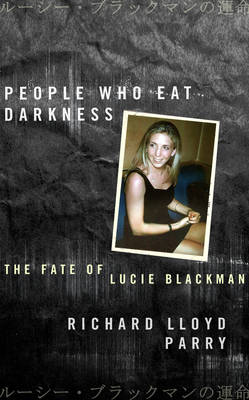 The Fate of Lucie Blackman

Lucie Blackman tall, blonde, and 21 years-old stepped out into the vastness of Tokyo in the summer of 2000, and disappeared forever. The following winter, her dismembered remains were found buried in a seaside cave. he seven months in between had seen a massive search for the missing girl, involving Japanese policemen, British private detectives, Australian dowsers and Lucie's desperate, but bitterly divided, parents. As the case unfolded, it drew the attention of prime ministers and sado-masochists, ambassadors and con-men, and reporters from across the world. Had Lucie been abducted by a religious cult, or snatched by human traffickers? Who was the mysterious man she had gone to meet? And what did her work, as a 'hostess' in the notorious Roppongi disrtic of Tokyo, really involve? ichard Lloyd Parry, an award-winning foreign correspondent, has followed the case since Lucie's disappearance. Over the course of a decade, he has travelled to four continents to interview those caught up in the story, fought off a legal attack in the Japanese courts, and worked undercover as a barman in a Roppongi strip club. He has talked exhaustively to Lucie's friends and family and won uniqu

Other Editions - People Who Eat Darkness by Richard Lloyd Parry 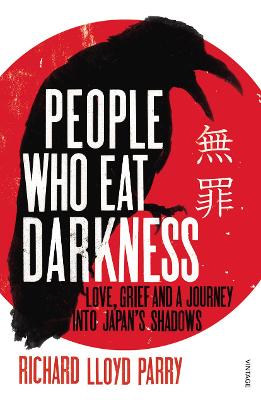 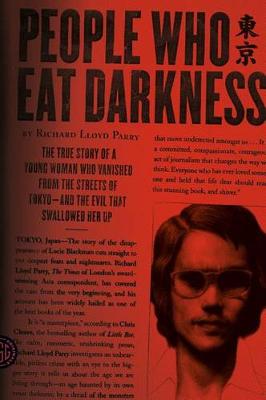 » Have you read this book? We'd like to know what you think about it - write a review about People Who Eat Darkness book by Richard Lloyd Parry and you'll earn 50c in Boomerang Bucks loyalty dollars (you must be a Boomerang Books Account Holder - it's free to sign up and there are great benefits!)

Richard Lloyd Parry is Asia editor of The Times, based in Tokyo. He is the author of one previous book, In the Time of Madness, about Indonesia.

A Preview for this title is currently not available.
More Books By Richard Lloyd Parry
View All