Unrivalled in scope and brimming with human drama, A People's Tragedy is the most vivid, moving and comprehensive history of the Russian Revolution available today.'A modern masterpiece' Andrew Marr'The most moving account of the Russian Revolution since Doctor Zhivago' IndependentOpening with a panorama of Russian society, from the cloistered world of the Tsar to the brutal life of the peasants, A People's Tragedy follows workers, soldiers, intellectuals and villagers as their world is consumed by revolution and then degenerates into violence and dictatorship. Drawing on vast original research, Figes conveys above all the shocking experience of the revolution for those who lived it, while providing the clearest and most cogent account of how and why it unfolded.Illustrated with over 100 photographs and now including a new introduction that reflects on the revolution's centennial legacy, A People's Tragedy is a masterful and definitive record of one of the most important events in modern history.

Other Editions - A People's Tragedy by Orlando Figes 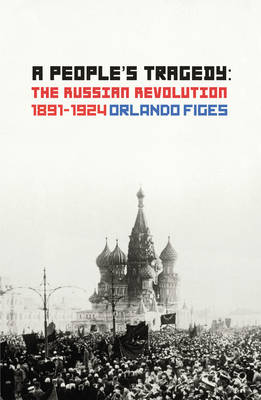 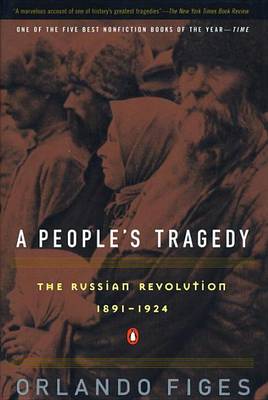 » Have you read this book? We'd like to know what you think about it - write a review about People's Tragedy book by Orlando Figes and you'll earn 50c in Boomerang Bucks loyalty dollars (you must be a Boomerang Books Account Holder - it's free to sign up and there are great benefits!)

Orlando Figes is Professor of History at Birkbeck College, University of London. Born in London in 1959, he was previously a Lecturer in History and Fellow of Trinity College, Cambridge. A People's Tragedy received the Wolfson Prize, the NCR Book Award, the W.H. Smith Literary Award, the Longman/History Today Book Prize and the Los Angeles Times Book Prize. He is the author of many other books on Russian history including Natasha's Dance- A Cultural History of Russia, The Whisperers- Private life in Stalin's Russia, Crimea- the Last Crusade and Just Send Me Word- A True Story of Love and Survival in the Gulag.

A Preview for this title is currently not available.
More Books By Orlando Figes
View All