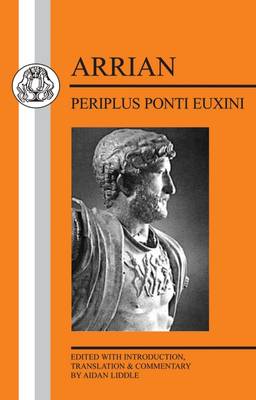 This volume contains the Greek text "Periplus Ponti Euxini", with a full introduction, commentary and facing-page translation. Arrian, the Roman senator, is known as a philosopher and the historian of Alexander. He also enjoyed a sucessful political and military career, and the friendship of Hadrian. Arrian's text mixes the literary forms of a friendly letter and the traditional Greek periplus, or coastal guide. It describes a tour of duty around the Black Sea undertaken in an official capacity as governor of the frontier province of Cappadocia, and contains important evidence for this crucial corner of the eastern frontier of the Empire. It also affords us an insight into the cultural and political background of the early second century, from a man well placed not only to understand, but also to promote the new common imperial culture being forged by the hellenophile Emperor.

» Have you read this book? We'd like to know what you think about it - write a review about Periplus Ponti Euxini book by Arrian and you'll earn 50c in Boomerang Bucks loyalty dollars (you must be a Boomerang Books Account Holder - it's free to sign up and there are great benefits!)

Aidan Liddle read Classics at Oxford and now works as a civil servant at the Department of Trade and Industry.

A Preview for this title is currently not available.
More Books By Arrian
View All

Arrian on Coursing: The Cynegeticus of the Younger Xenophon, Translatd from the Greek, with Classical and Practical Annotations, and a Brief Sketch of the Life and Writings of the Author. to Which Is Added an Appendix, Containing Some Account of the Canes
$99.07 $110.08

The Anabasis of Alexander; Or, the History of the Wars and Conquests of Alexander the Great: Literally Translated, with a Commentary, from the Greek of Arrian, the Nicomedian
$110.10 $122.33