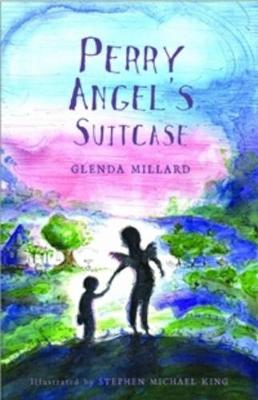 The third instalment in the award-winning KINGDOM OF SILK series.
It has taken Perry Angel almost seven years to find the place where he belongs. He arrives at the Kingdom of Silk one day on the ten-thirty express, carrying only a small and shabby suitcase embossed with five golden letters. What do those letters mean? And why won't Perry let go of his case? this is a gentle and moving story about finding your place in the world - and there could be no better place than with Griffin Silk, his family and his best friend, Layla. Following on from the success of the Naming of tishkin Silk and Layla, Queen of Hearts comes this third instalment in Glenda Millard's award-winning Kingdom of Silk series. the Naming of tishkin Silk was shortlisted for the 2004 NSW Premier's Literary Awards and was an Honour book in the CBCA Children's Book of the Year Awards. Layla, Queen of Hearts was shortlisted in the CBCA Children's Book of the Year Awards and won the 2007 Queensland Premier's Literary Award for best children's book. Perry Angel's Suitcase was shortlisted in the NSW Premier's Literary Awards and the WA Premier's Literary Awards and won the CBCA Book of the Year Award for Younger Readers. JUDGES' COMMENtS 'this heart warming story of a young orphan boy who finally finds a home is depicted with beautiful use of language. Millard offers young readers moving insights into the business of being family, and how 'belonging' can be a wide and generous experience. Neatly sidestepping overt sentimentality, much of the charm of this work lies in the gentleness and goodness inherent in the people who inhabit the book' - WA Premier's Literary Award judges, 2008 'together the individual characters in this story nurture and encourage each other, revealing a heart-warming picture of how delightfully rewarding fostering can be for all concerned. this third book in the Kingdom of Silk series is as engaging as the first two titles. Like the previous stories, it is wonderfully written and can be read as a stand-alone book which is not always the case for books in a series. Millard has a wonderful way of developing her characters, drawing the reader into the context of the story' - NSW Premier's Literary Award judges, 2009 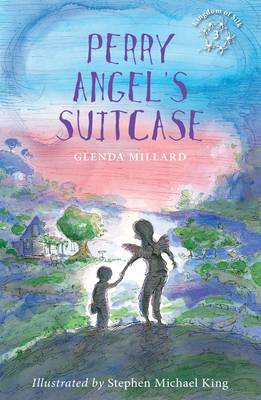 » Have you read this book? We'd like to know what you think about it - write a review about Perry Angel's Suitcase book by Glenda Millard and you'll earn 50c in Boomerang Bucks loyalty dollars (you must be a Boomerang Books Account Holder - it's free to sign up and there are great benefits!)