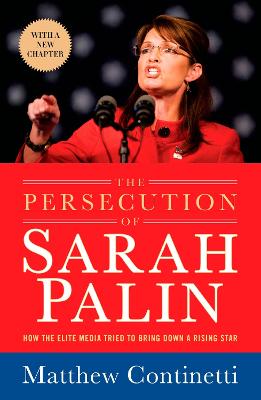 The Persecution of Sarah Palin

How the Elite Media Tried to Bring Down a Rising Star

Description - The Persecution of Sarah Palin by Matthew Continetti

Sarah Palin spent more than a decade making her town and her state better-she slashed government spending and corruption and encouraged economic growth. In 2008, she took to the national stage and became the hottest rising star the county had seen in years.

Palin was a conservative with traditional values-work, family, and religion-and Washington Democrats and their allies in the so-called mainstream media decided she had to be destroyed. These elite liberals attacked everything from Palin's clothing to her parenting style to her church. They spread one malicious and untrue rumor after another.

The media also treated Palin with such insulting condescension that it frequently lapsed into mockery. Palin was routinely ridiculed and vilified-and so was her family.

Despite the media's disdain, Palin persevered, and remains one of the most important figures in the Republican Party. Because she speaks for Main Street America on issues from energy to health care, her star will only continue to rise.

'Matthew Continetti has written a tough, revealing look at how the bias or habits of liberals in the media led them to assault a political figure who shared neither their values nor background. Whether you like Sarah Palin or not, this well-researched and meticulous volume strips the bark off influential players in journalism.'
-Karl Rove, former deputy chief of staff to President George W. Bush

'A compelling account of journalistic malpractice on a grand scale. Those called out in this book should not be allowed to forget what they did.'
-Brit Hume, FOX News

Other Editions - The Persecution of Sarah Palin by Matthew Continetti 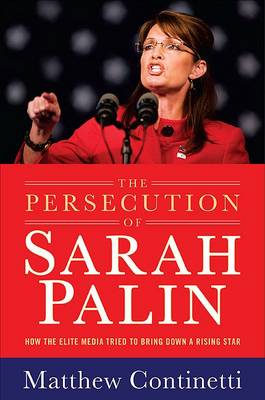 Book Reviews - The Persecution of Sarah Palin by Matthew Continetti

» Have you read this book? We'd like to know what you think about it - write a review about Persecution of Sarah Palin book by Matthew Continetti and you'll earn 50c in Boomerang Bucks loyalty dollars (you must be a Boomerang Books Account Holder - it's free to sign up and there are great benefits!)

Matthew Continetti is a staff writer at the Weekly Standard. His articles and reviews have also appeared in the New York Times, the Washington Post, the Los Angeles Times, and Doublethink. He lives in Washington, DC.

A Preview for this title is currently not available.
More Books By Matthew Continetti
View All