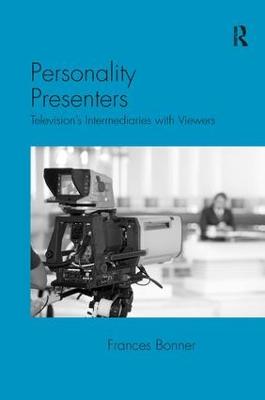 Television presenters are key to the sociability of the medium, speaking directly to viewers as intermediaries between audiences and those who are interviewed, perform or compete on screen. As targets of both great affection and derision from viewers and the subjects of radio, internet, magazine and newspaper coverage, many have careers that have lasted almost as long as post-war television itself. Nevertheless, as a profession, television presenting has received little scholarly attention. Personality Presenters explores the role of the television presenter, analysing the distinct skills possessed by different categories of host and the expectations and difficulties that exist with regard to the promotion of the various films, books, consumer and cultural products with which they are associated. The close involvement of presenters with the content that they present is examined, while the impact of the presenters' own celebrity on the tasks that they perform is scrutinised. With a focus on non-fiction entertainment shows such as game shows, lifestyle and reality shows, chat, daytime and talk shows, this book explores issues of consumer culture, advertising and celebrity, as well as the connection of presenters with ethical issues. Offering detailed case studies of internationally recognised presenters, as well comparisons between national presenters from the UK and Australia, Personality Presenters provides a rich discussion of television presenters as significant conduits in the movement of ideas. As such, it will appeal to sociologists as well as those working in the fields of popular culture, cultural and media studies and cultural theory. 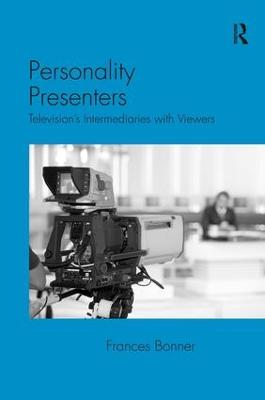 » Have you read this book? We'd like to know what you think about it - write a review about Personality Presenters book by Frances Bonner and you'll earn 50c in Boomerang Bucks loyalty dollars (you must be a Boomerang Books Account Holder - it's free to sign up and there are great benefits!)

Frances Bonner is Reader in Television and Popular Culture at the University of Queensland, Australia, and author of Ordinary Television: Analyzing Popular TV

A Preview for this title is currently not available.
More Books By Frances Bonner
View All