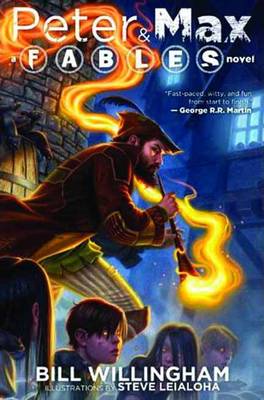 The critically acclaimed first-ever prose novel published by DC/Vertigo - now in trade paperback.Set in the imaginative realm of the award-winning comic book series FABLES, the book takes place long ago, in the deepest dark of The Black Forest. Two brothers - Peter Piper and his older brother Max - encounter ominous forces that change them both irreparably. Thus begins an epic tale of sibling rivalry, magic, music and revenge that spans medieval times to the present day, when their deadly conflict surfaces in the placid calm of modern day Fabletown.PETER & MAX- A FABLES NOVEL features the prose of award-winning comic book writer Bill Willingham and the lush ink drawings of FABLES artist Steve Leialoha. The novel also reveals secrets of some of the regular FABLES series cast members including Bigby Wolf, Frau Totenkinder and Bo Peep. Also included is an 8-page sequential story by Willingham and Leialoha that serves as a bridge to the FABLES titles. 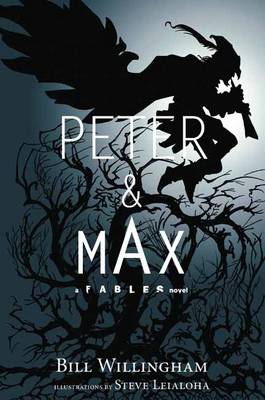 » Have you read this book? We'd like to know what you think about it - write a review about Peter & Max A Fables Novel HC book by Bill Willingham and you'll earn 50c in Boomerang Bucks loyalty dollars (you must be a Boomerang Books Account Holder - it's free to sign up and there are great benefits!)

Bill Willingham has been writing, and sometimes drawing, comics for more than 20 years. During that time, he's had work published by nearly every comics publisher in the business, and he's created many critically acclaimed comic book series, including Elementals, Coventry, Proposition Players, and of course the seminal Vertigo series Fables, as well as its spin-off series Fairest, Jack of Fables and The Literals. His work has been nominated for many awards, including the Eisner, Harvey, and Ignatz comic industry awards and the International Horror Guild award. He lives somewhere near a good poker room. Steve Leialoha began his comic career in 1975 and inked and pencilled for Marvel from 1976 to 1988, working on titles including Spider-Man, Howard the Duck, Indiana Jones, and Spider-Woman. In the early 1990s, he worked on Batman, The Shadow, and The Sandman at DC Comics. His most recent credit is as inker on the multiple Eisner Award-winning series Fables, written by Bill Willingham.